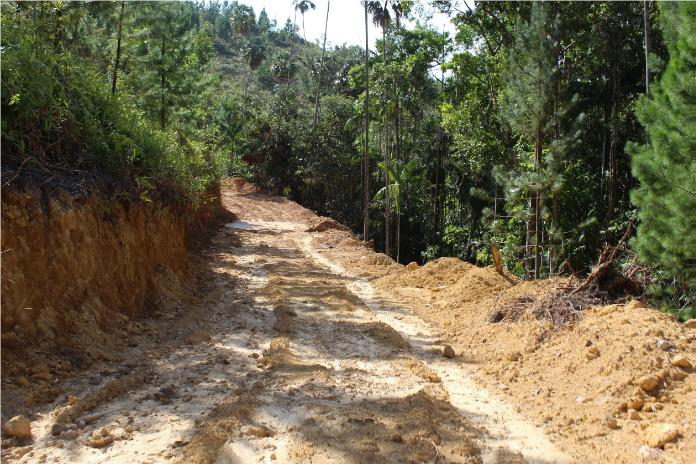 By Aaron Humes: The company known as Boiton Minerals Limited (BML) has hit back at Friends for Conservation and Development (FCD) denying causing the environmental damage the co-managers of the Chiquibul National Park said occurred near the Ceibo Chico Creek from an earthen road built in the area.

The company suggests FCD has no jurisdiction to dictate to the Government or licensees what they should or should not be doing, and accused them of pre-empting a meeting with the government agencies mentioned by FCD, which it said resulted in the Government committing to further facilitating the company “by advising the company in writing of areas of improvement together with apparent minor infractions to remedy. The Government of Belize and the company agreed that some instances in the laws and requirements were open to differing interpretations and resolved to continue engaging the other and looked forward to resolving any future instances of misunderstanding.”

It insists it has not “has caused any irreparable damage to the forestry or any water supply” and accused FCD of trying to raise funds for its conservation work at the expense of a Belizean-owned company that has put in work. It cites as its corroborators the Chief Forest Officer Wilber Sabido; the Department of the Environment chief legal counsel Jeavon Hulse; and Inspector of Mining Michelle Alvarez.

But who exactly are Boiton Minerals? According to Channel 7 News, at its formation, it was directed chiefly by learned attorneys from the opposing major parties: former Speaker of the House Emil Arguelles and current Senator and Minister of State for Finance Christopher Coye. They stepped down after the general elections in November and were replaced by two others, while another former Government Minister, no less than Ralph Fonseca, is said to be a signatory to the company.

In its follow-up press statement, BML says that like with the discovery of petroleum in 2005, there is opportunity in the Chiquibul hills – and gold and other precious metals. It does concede however that its works are in the “initial phases” despite having a license since 2018. Nonetheless, the company and its partners assure that they are aware of the crucial need to balance exploration with a sustainable environment, not to mention, if they are successful, producing needed foreign exchange and jobs.