US Embassy donates US$40,000 in equipment to BAHA to eradicate two Medfly outbreaks

COVID-19 vaccination continues in the Cayo area this week 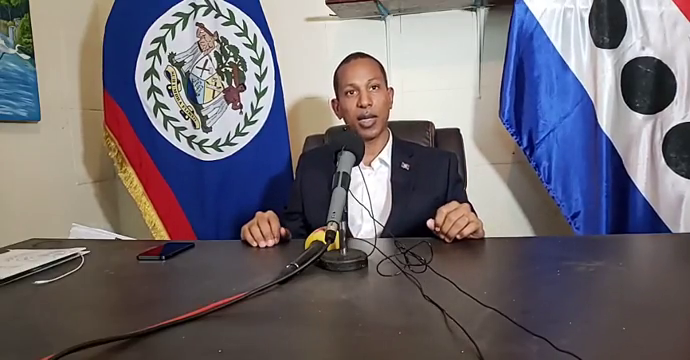 By Aaron Humes: Leader of the Opposition Moses “Shyne” Barrow is back in the international spotlight after his concluded tour of the United States – but it is Belize who will benefit, he told reporters at a press conference.

The cities of Newark, New Jersey; Savannah, Georgia; and others are preparing to establish sister-city relations with Belizean municipalities.

The tourism product will benefit as well, as according to Shyne he has targeted ‘tourist cities’ like Savannah for the Belize Tourism Board (BTB) to follow up on and establish footholds in, so as to make tourists consider the Jewel their next or future stop.

And Barrow wants to discourage the kind of talk being heard from the likes of Tourism Minister Anthony Mahler, who said yesterday that celebrities like Jay-Z and others “will do nothing for Belize.”

In response, he stated, “I will talk to him – I’m scheduled to have a meeting with him and talk to him and urge him and convince him to take a different approach, because all tourists should be welcome to our beautiful Jewel and certainly billionaire, Grammy-award winning icons the Ministry of Tourism should be sending an invitation…just to share the space with these American icons does wonders for Belize because every opportunity I have gotten walking the red carpet at Jay-Z’s event, I have mentioned Belize,” though noting he hasn’t promised any concerts from the rap titan or others.

“For me it wasn’t about ‘Shyne being back,’ it was about the Leader of the Opposition, the member for Mesopotamia, being in the United States to present Belize and all the interests of Belize and the Belizean people and that was thrilling, to say the least,” he added, summarizing his pitch to American media for the majority of his tour.

And in September, for instance, he is taking a lucky Belizean artist to Washington for the annual Hip-Hop on the Hill event hosted by Congressman Hakiem Jeffries, the chair of the House Democratic Caucus and a ‘son of hip-hop.’ He is also then scheduled to meet with New York Senator Charles ‘Chuck’ Schumer, Majority Leader in the Senate who just declared August ‘Hip-Hop Month.’