Only one in four people in Latin America and the Caribbean has been fully vaccinated against COVID-19: Pan American Health Organization

Tropical Storm Larry expected to become a Hurricane by Thursday 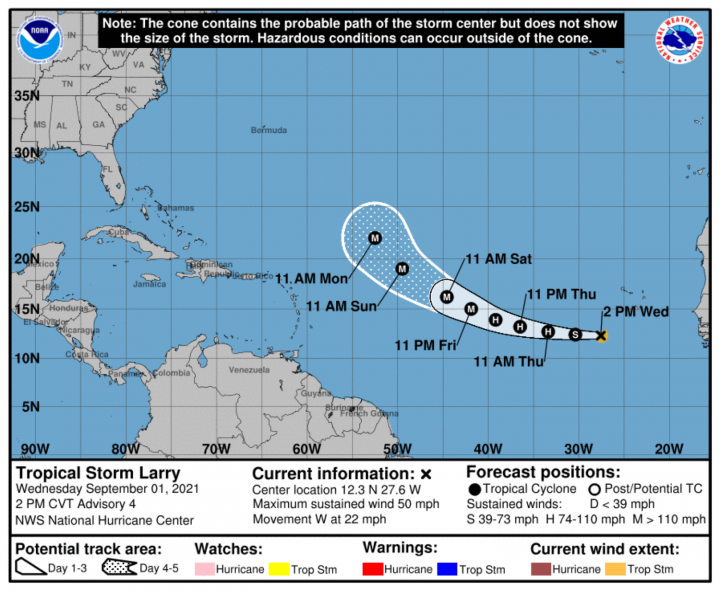 By Rubén Morales Iglesias: Tropical Storm Larry is strengthening as it is moving west at 22 miles per hour in the eastern Atlantic Ocean and could become a hurricane by Thursday, said the United States National Hurricane Center (NHC).

In its midday advisory, the NHC said the center of Tropical Storm Larry was located near latitude 12.3 North and longitude 27.6 West, about 275 miles southwest of the Cabo Verdes Islands in the eastern tropical Atlantic.

The NHC said it expected Larry to continue moving in the same direction during the next 24 hours. It could make a gradual turn to the west-northwest and slow down by Thursday night and Friday.

Larry is expected to strengthen and become a hurricane on Thursday.

The NHC’s next advisory will be released at 6 pm.