Under questioning in House, Minister of Finance says he didn’t even know of license issue; accuses BTL of being ‘used to fleece’ Government 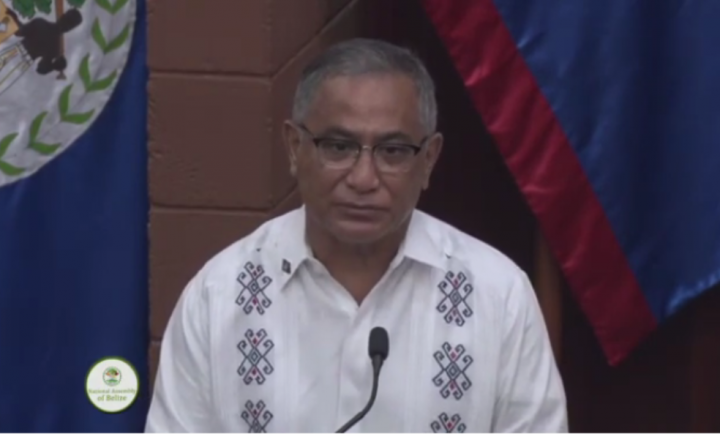 By Aaron Humes: On the adjournment of the House of Representatives on Friday, Prime Minister John Briceno suggested he had no idea the Government’s license for Microsoft Office 365 products was ending but was satisfied that the process was properly handled.

He told UDP leader and Collet area representative Patrick Faber that he has no hand in SMART despite insinuations to the contrary and that “I wasn’t even aware that the Microsoft license for Office 365 was coming to an end. I have absolutely no idea.”

Briceno said that the matter should have been handled long ago but that the process of limited tendering among BTL, SMART, and Inova Solutions was proper.

He also confirmed that “SMART is a reseller of Microsoft services. They are a reseller of Microsoft Office, just the way BTL is, and based on what was ask the 3 companies put in a bid and it was open, transparent in front of everybody and Speednet did put a better bid than all of them and that is why the contract was awarded to SMART.”

But don’t feel sorry for Saint Thomas Street, the P.M. continued: “…the problem with BTL is that they are used to fleecing the government of Belize and they believe that any price that they put that they can get it. That’s what happens with the ministry of foreign affairs, that the ministry of foreign affairs met with the people of BTL, met with the people of SMART, and because they are with SMART at this moment, they are saving $3,000 every single month and that’s a fact.”

He does not appear to have distinguished between Net Vasquez’s regime and that of Mark Lizarraga, which has conceded it will have a fight on its hands to maintain market share and support from the Government despite being the national telecom company, as it’s now adopted slogan reminds.

SMART is indeed listed as a licensed provider on the Microsoft website – but the company did not mention that in their release last week.