Hurricane Larry could be even stronger than Ida, forecasters say

Police Corporal Joseph Romel Perez obtains Bachelor’s Degree in Law with distinction, ranks in the top 25 for his class 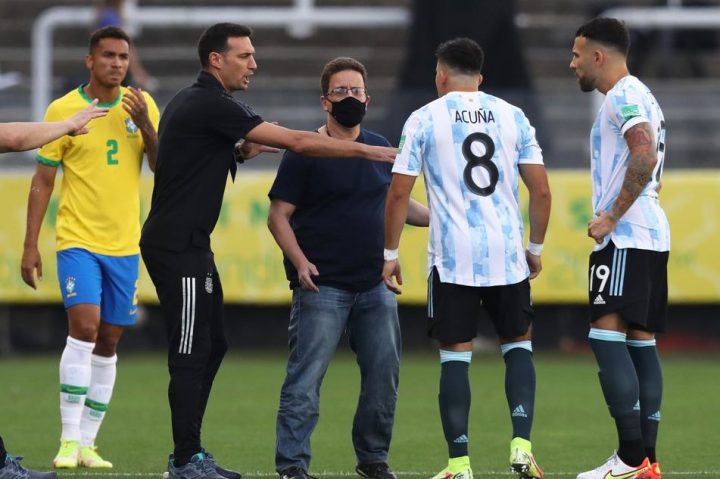 By Benjamin Flowers: Health authorities in Brazil stopped a World Cup qualifying game between Brazil and Argentina today after it was discovered that three of the Argentine players broke quarantine rules, Reuters reports.

Officials from Brazil’s health regulator Anvisa walked onto the pitch and stopped the match five minutes after kickoff as the players had provided false details to health and immigration authorities.

Anvisa says that Brazilian rules visitors who have been in the UK in the 14 days before entering the country must quarantine for 14 days on arrival; however, Cristian Romero, Giovani Lo Celso, and Emiliano Martinez, along with Emiliano Buendia, who was in the stands, had failed to do so.

“Anvisa considers the situation a serious health risk and so has asked local health authorities to determine the immediate quarantine of the players, who are stopped from participating in any activity and should be prevented from remaining on Brazilian soil,” Anvisa said in a statement.

No action was taken against the players and they were allowed to travel with the Argentine team from the hotel to the Corinthians arena.

“Why did they start the game and stop it after five minutes?” said Argentina team captain Lionel Messi. “We’ve been here at the stadium for an hour, they could have told us.”

Meanwhile, the South American Football Confederation (CONMEBOL)issued a statement confirming that the referee and the match official will take a report to the FIFA Disciplinary Committee and they will decide what steps to take going forward.