Minister of Youth, Sports & E-governance Kevin Bernard speaks out against shooting death of Jesse Escobar: ‘Justice must be swift’

Ministry of Health and Wellness: Another Belizean lost to COVID-19 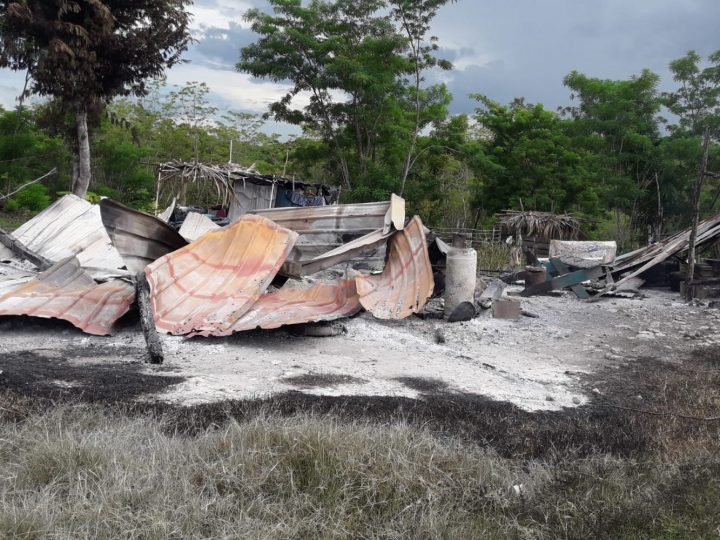 By BBN Staff: Reports coming out of Santa Familia Village is that the home of the police officer involved in connection to the shooting death of Belize Defense Force Soldier Jesse Escobar was burned down.

BBN has received a photo of the alleged officer’s home in ruin.

Notably, Police Constable #1189 Juan Carlos Morales has been the subject of much public criticism today, as the official report he made following Escobar’s shooting contained clearly false information when weighed against surveillance footage from the scene.

Thus far, no word has been issued regarding an investigation into the incident, which is believed to be a case of arson.