Dara’s Feeding Program on ice: ‘I can’t be a hero,’ says Joel Robinson 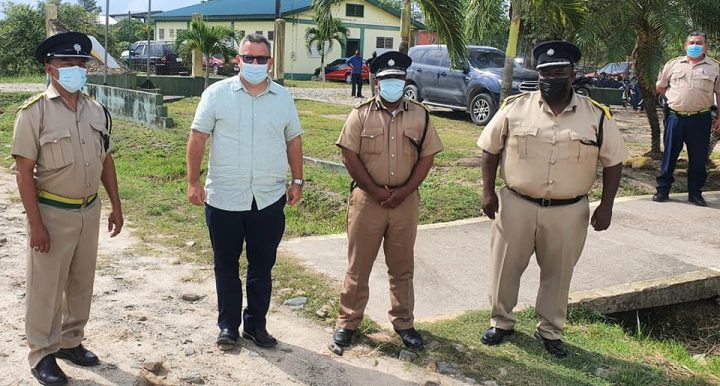 By BBN Staff: The Minister of Home Affairs and New Growth Industries, Kareem Musa, reported to the House of Representatives on Friday, 3rd September, that the Briceno government intends to address crime, particularly on the Southside of Belize City. A major part of the initiative announced by Musa is that the Financial Intelligence Unit (FIU) will “launch targeted programs to cut off financiers of the gangs and seize the assets of the gangs which were secured through moneys from criminal enterprises”.

Minister Musa described the strategy as a multi-sectorial and multi-ministerial approach that cannot depend on the State of Emergency as its primary weapon. “The beginning and the ending of any remedy is not and cannot be to detain gang members,” noted Musa. “The remedy is what happens in the time you get while the gang members are separated from toxic environment boiling with thirteen years of neglect and hurt. While the vicious cycle of crime and violence on the Southside did not begin with a specific administration, Musa attempted to put the blame squarely on the UDP highlighting that Southside abandonment and systematic collapse over the last 13 years are the primary reasons for the fact that its youngsters around this age that are committing some of the crimes.

In his presentation Musa informed that 40 ITVET scholarships have been granted to the most vulnerable and that there has been an intervention launched by the Leadership Intervention Unit.

According to the Police Minister, Prime Minister Briceno has “fearlessly ordered a bare-fisted frontal attack on crime and threats to citizen security” as and immediate priority in order for Belizeans to “feel and be safe”.