Rene Montero’s attorney responds to warrant issued for his arrest 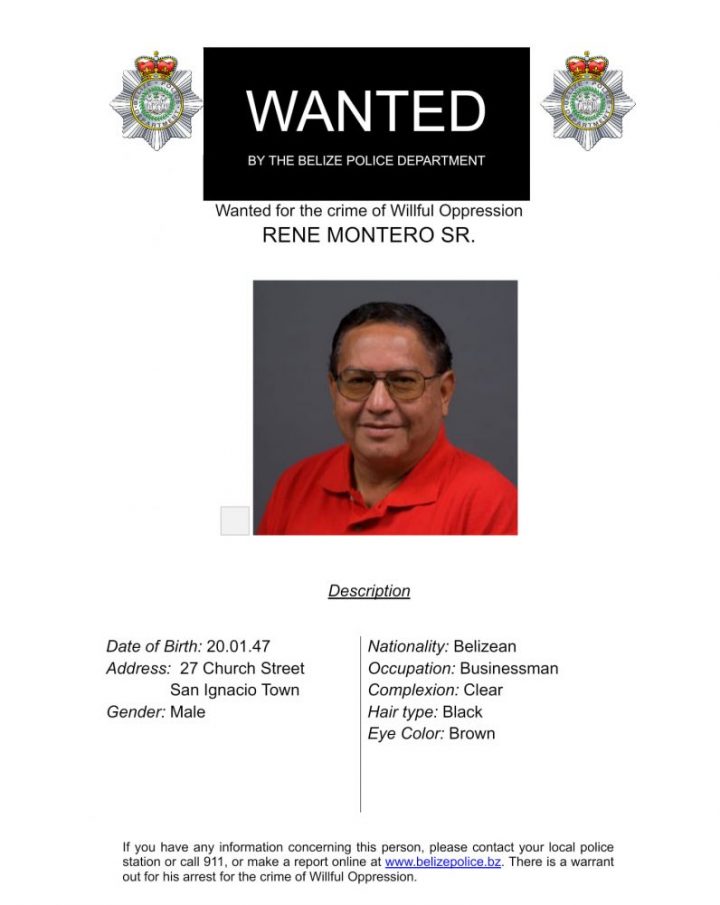 By BBN Staff: Following the issuance of a warrant in the first instance for the arrest of Rene Montero by the Belize Police Department, Montero’s attorneys Elrington and Company, issued a statement on his behalf, addressing his absence.

Montero’s Attorney Orson “OJ” Elrington, notes that Montero is currently out of the country for medical reasons, and at the time of his departure, did not know there was a complaint against him or a warrant issued for his arrest. The firm also notes that, authorities had several means to determine his whereabouts, such as checking with immigration to learn that he was out of the jurisdiction, checking with a family member or his attorney to find out where he was, but no such effort was made.

“Quite strangely, as of writing this press release, no police officer has contacted my client to determine his whereabouts; and neither has anyone spoken to any member of his family or even visited his residence in a bona fide effort to convey the existence of the warrant to him,” Elrington said.

Elrington went on to say that the lack of effort on the part of authorities raises questions as to the motive behind the manner in which the warrant was publicized. He further alleged that the entire ordeal is a malicious prosecution that is being used as a distraction for a number of national issues including:

“1. rampant nepotism by the PUP administration,
2. the BTL and SMART fiasco,
3. contracts without tendering,
4. out of control crime,
5. unbridled abusive police officers,
6. blatant victimization of public officers and open vote workers,
7. the lack of proper planning in regard to the COVID-19 pandemic etc…”

Elrington called on the Government of Belize to focus on national issues and cease the attempt at arresting Montero which he classifies as “baseless” and “unwarranted.”