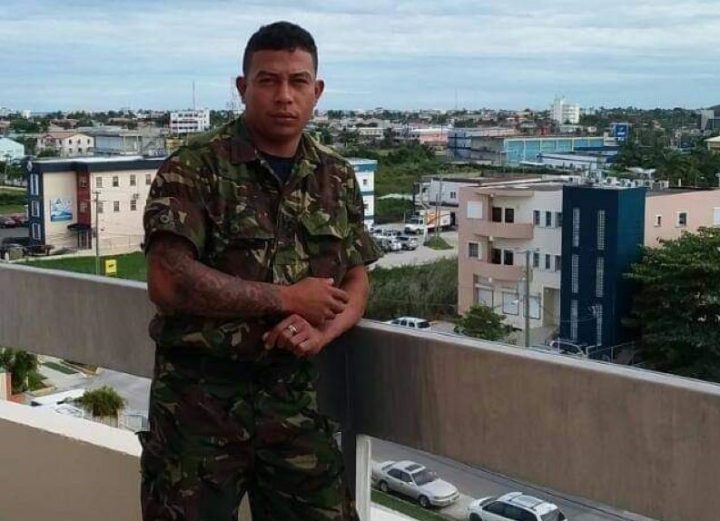 By BBN Staff: The public was already appalled at the video footage which showed 29-year-old Jesse Escobar shot to the chest in front of his family on Sunday, and now has the additional outrage of learning that the police officer on the scene also fired a shot at Escobar.

Today, Police Commissioner Chester Williams confirmed that the officer, Police Constable #1189 Juan Carlos Morales, also fired a shot at the unarmed Escobar, who had a cup in one hand and his other arm extended to the side.

“It showed that the police did fire either immediately after or simultaneously with the BDF shooting, but the shot from the police did not catch the young man. I think it was in the ground. The deceased haD one gunshot wound to the chest,” Williams said.

Williams said that the officer is already facing several charges for the comments made before and after Escobar’s shooting, as well as for assaulting a civilian on the scene with a baton. No mention was made of charges for firing the shot at Escobar.