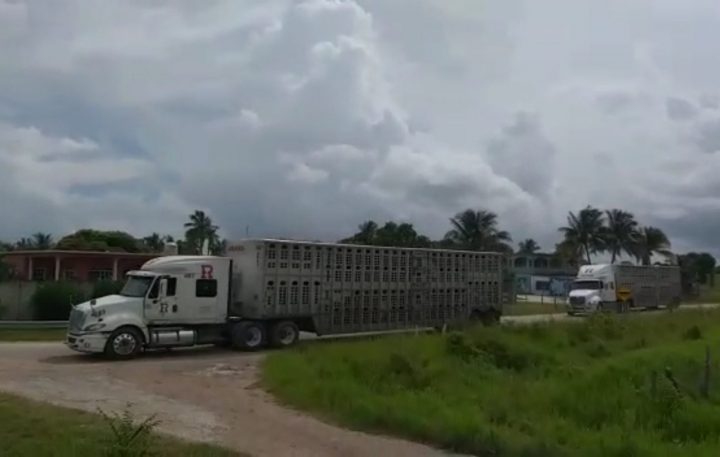 In late August, Esquivel said two hundred and forty-three (243) head of cattle were under quarantine since July 26 at the John Wall Farm in KaKabish at Shipyard in the Orange Walk District being readied for export.

Esquivel said the initiative was closely coordinated by the Cattle Industry Stakeholders Committee comprised of the Ministry of Agriculture as the Lead, representatives from the Belize Livestock Producers Association (BLPA), the Belize Animal Health Authority (BAHA), and OIRSA.

In early July, 434 head of cattle with an approximate value of $500 thousand were exported to Mexican company SuKarne. Before exportation, the animals will have to be approved by Mexico’s animal health authority, Senasica.

Last month, MAFSE Minister Jose Abelardo Mai and a Belize delegation visited the SuKarne headquarters in Michoacán where he confirmed that the Belize cattle are slaughtered and subsequently their beef is sold to Canada. Mai said SuKarne is very satisfied with the Belizean cattle.

The cattle exported today are being transported in special cattle trucks all the way to Michoacán, approximately 1,250 miles from the Belize-Mexico border.