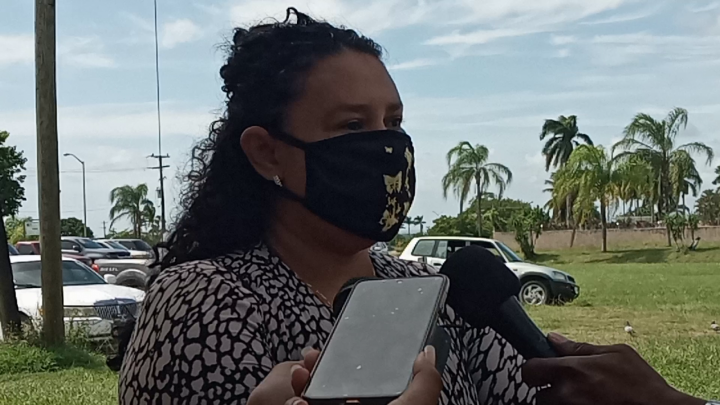 By Aaron Humes: As one of his few relatives outside the Belmopan Magistrate’s Court, the cousin of Private Jesse Escobar, Rocio Quiroz, alternated between manic negative energy manifested in insults directed at the accused, at the defense counsel, and at the system in general, and quiet contemplation at such an awful pass.

She threatened at one point to approach the police van, forcing officers to get in front of her and prevent whatever mischief she may have been thinking of.