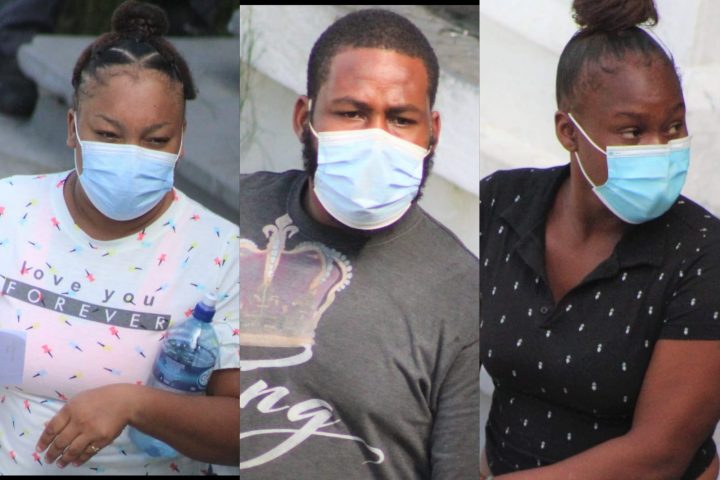 By BBN Staff: A Belize City couple and their friend were arraigned in the Belize City Magistrate’s Court on Thursday, jointly charged with a single charge of possession of controlled drugs with intent to supply to another person or persons for the purpose of drug trafficking.

Steve Gonzalez, Shantell Lorraine Lambey, and Dawn Lorraine Higinio were charged after police busted them with 483.7 grams (1.06 pounds) of marijuana.

Gonzalez initially pleaded guilty to the lesser charge of possession simplicita (simple possession) claiming the amount of weed found was for his personal consumption meanwhile his girlfriend and the friend pleaded not guilty.

But Senior Magistrate, Andersen told Gonzalez that she could not accept his guilty plea for possession simplicita due to the large amount hence why an equivocal plea of not guilty was entered on his behalf for drug trafficking and bail was offered to them in the sum of $2,000 which they met and their case was adjourned for November 12, 2021.