Leader of the Opposition: The battle of 1798 gives us lessons to prepare for victory against the challenges of today

Men charged with seven serious offences including murder and attempted murder, have five of their charges withdrawn 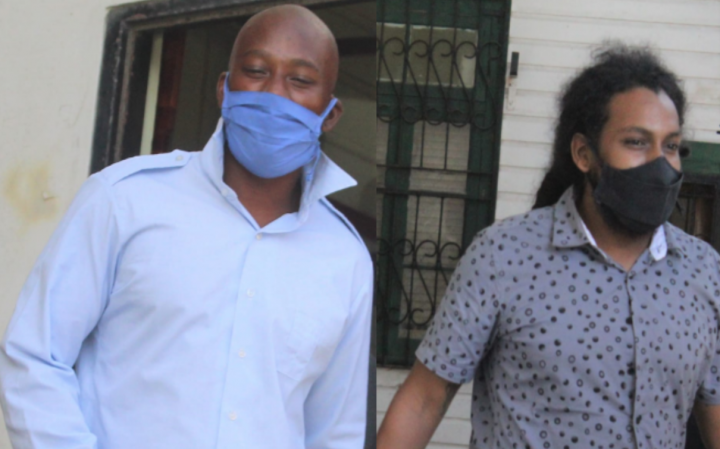 By BBN Staff: Evian Murrillo, 25, and Deon White, 23, who were charged with seven offenses including murder and attempted murder had five of the more serious charges against them dropped this week.

Murillo and White showed up to court on Thursday for their preliminary inquiry. However, the prosecutor informed the court that, by a directive from the Director of Public Prosecutions, the charges of murder in the death of Ezikiel Usher and attempted murder with respect to 61-year-old Joyce Edwards would be dropped. They also had the charges for use of deadly means and harm and dangerous harm upon Joyce Edward’s and aggravated assault with a firearm upon Gregory Williams dropped.

With those changes to the charge sheet, the men will now only have to answer to two other charges, the attempted murder of Gregory Williams, and grievous harm upon Joyce Edwards.

In court, Murrillo was represented by Attorney Brian Neal who took the opportunity to ask the court to grant his client Murrillo bail since the charge of murder was withdrawn. Prosecutor in the case, Sergeant Christopher Smith, had no objection to bail but just asked the Magistrate to set conditions to the bail. Senior Magistrate, Tricia Pitts-Anderson, who heard the matter offered bail only to Murrillo in the sum of $10,000 plus two sureties of $5,000 each which he met and is due back in Court #3 on November 12, 2021.

In the case of White, bail could not be offered since he is presently serving prison time for escape. White was one of the 28 prisoners who back on October 12, 2020, escaped from the Belize Central Prison and was later recaptured. He had pleaded guilty to escape and was sentenced to one year in jail, so he was again remanded to the Belize Central Prison. White will not be eligible for bail with respect to the current case until after October 26.

The preliminary inquiry with respect to the two remaining charges against the men will be held on October 26.