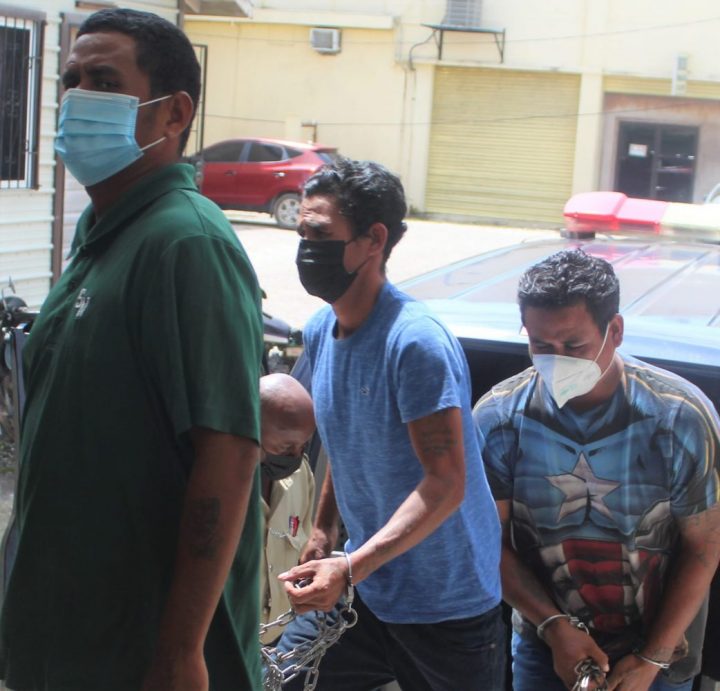 By BBN Staff: On Thursday, three brothers who were arrested and charged for beating a man and resisting arrest were picked up again by police moments after they posted bail for suspicion of being gang-affiliated.

Hilberto Ruiz, Angel Antonio Ruiz, and Jose Carlos Ruiz were jointly charged with harm and assaulting police officer Jesus Cantun (PC, #1447). They were also charged with an additional count of harm upon, Rene Gonzalez, their neighbor. The brothers all pleaded not guilty.

Hilberto, the eldest sibling was additionally charged with wounding another police officer, identified as Cpl.#1057, Rojelio Carrillo whilst in the execution of his duties.

All three defendants were granted bail in the sum of $2,500 each plus one surety of the same which they all met. But CIB Personnel quickly moved in on the brothers and as soon as they all posted bail, they were detained again and taken into custody pending additional charges including resisting arrest among others.

The men are alleged to be members of the MS-13 gang and we were informed that charges for their alleged gang affiliation could materialize as soon as the police complete their investigations.

The trio is due back in court on September 13.