UDP to call press conference on leadership issue this week

Commonwealth to advocate for countries most vulnerable to climate change, including the Caribbean, at upcoming COP26 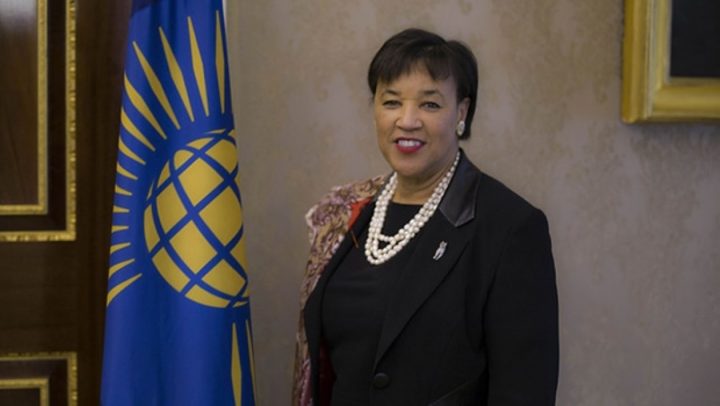 By Benjamin Flowers: Commonwealth Secretary-General Patricia Scotland, during a recent visit to The Bahamas, promised that the Commonwealth would champion the cause of small states that are the most vulnerable to climate change at the upcoming United Nations Climate Change Conference COP26 in Glasgow this November.

The Secretary-General will lead a delegation to the UN Climate Change Conference COP26 to advocate the interests of Commonwealth countries, exchange knowledge and best practices around climate action, strengthen partnerships and mobilize resources to support Commonwealth programs. Thirty-two Commonwealth countries – more than half of the membership – are classified as ‘small states’, including 25 small island developing nations.

The Secretary-General said stressed that the world is facing a “global climate crisis” and described the speed at which is unfolding as “disturbing,” explaining that the most recent report of the Intergovernmental Panel on Climate Change (IPCC) has produced unequivocal evidence that supports the concerns that small island nations have been raising for years.

“Urgent, decisive, and sustained climate action is needed, and the international community must not miss the window to make a real difference at the upcoming COP26 summit. This includes mobilizing the financial support needed for vulnerable nations to cope with the impacts of climate change and build long-lasting resilience,” Scotland said. “The Commonwealth Secretariat has dedicated a number of programs to support member countries to access finance, such as the Commonwealth Climate Finance Access Hub, the Disaster Risk Finance Portal and the Commonwealth Blue Charter Ocean Funders Database, but more must be done multilaterally to target the needs of small states, which face an existential threat from climate change.”

The Commonwealth is a voluntary association of 54 independent and equal sovereign states, which has a combined population of 2.4 billion with more than 60 percent of the total population aged 29 years or under. The Commonwealth spans the globe and includes both advanced economies and developing countries. Thirty-two of the members are small states, many of which are island nations.