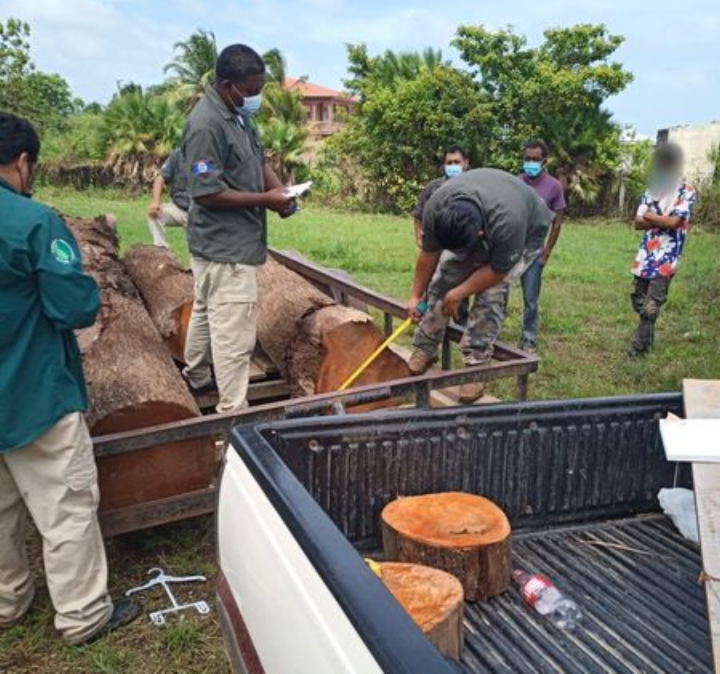 By Aaron Humes: Six men proved the old Kriol adage about “thief and ker back” by allegedly being caught red-handed last week trying to remove illicit logs from a protected area, but only three have been formally charged.

The case is being publicized by the Association of Managers of Protected Areas Organizations (APAMO), who said the initial operation in May led to the capture of 40 illegal logs in the Mayflower Bocawina National Park which were not immediately removed.

Acting on intelligence gathered that persons were trying to remove the logs, the Park rangers brought in the six, including a minor, a Corporal of Police and former Forest Department employee, but only three were charged and pleaded guilty in Dangriga Town Magistrates Court.

APAMO says that from the evidence all six men participated in the act, and that they were not informed of the progress of the case by the Forest and Police Departments. It calls on them to do better and salutes the Park rangers for their work in uncovering the heist.