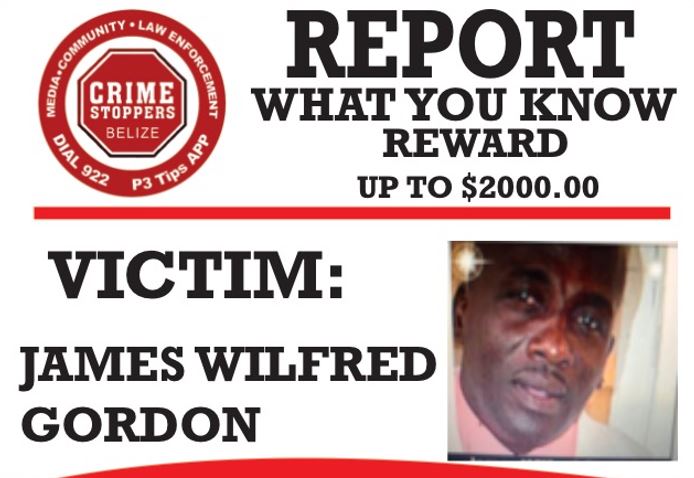 By BBN Staff: The Belize Police Department is asking the public to assist with information in the murder investigation of 49-year-old James Wilfred Gordon.

Gordon was killed in the Kings Park area of Belize City on the night of Wednesday, September 15, by two men on bicycles.

Police say that based on the information investigators have received and surveillance footage from the area, the incident did not occur in the commission of a robbery.

Officer Commanding the Crimes Investigation Branch (CIB), Superintendent Alejandro Cowo said that Gordon did not have cash in his possession at the time of the incident. Thus far, a motive for the crime has not been determined, but police have also ruled out Gordon’s involvement with criminal gangs.

“We believe it doesn’t have anything to do with gangs and we believe he was not the intended target but somebody who was inside of the yard at the moment,” Cowo said. “Well we do not know he was followed but based on the footage we have observed, we observed two persons came behind him and one person fired the shots.”

Anyone with information that can assist police in finding the men responsible for Gordon’s killing is asked to report it either by calling 922, or the nearest police station, or making a report online through the P3 app at www.p3tips.com.