Belize Weather: A fair Independence Day in the land for most

CARICOM congratulates Belize on its 40th Anniversary of Independence

Remembering Rupert Smith: A stalwart in the Citrus Industry 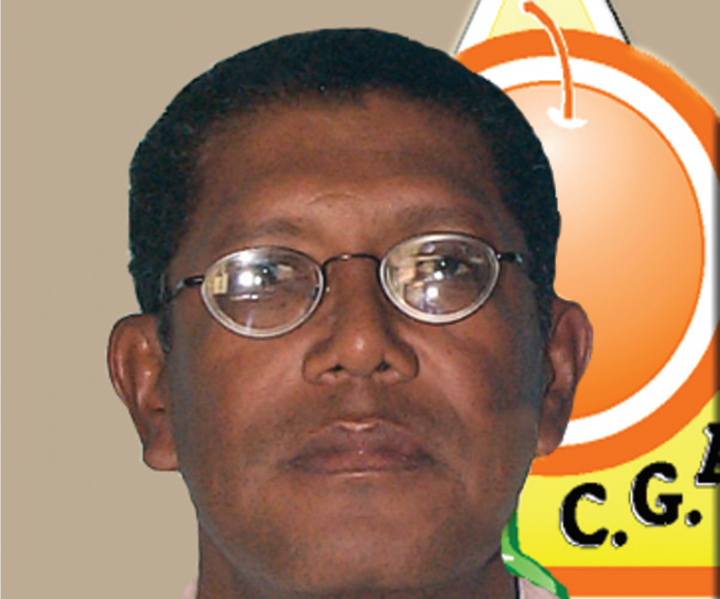 By Hugh O’Brien: In recent times the citrus industry has lost a number of its stalwarts in the likes of Pat Polack, Gerald ‘Jerry’ Sharp, William Bowman and many others. In late August another of the industry’s stalwarts passed away. His name is Santiago Rupert Smith.

Worldwide, Belize being no exception, there has been conscious efforts to honor men and women of importance while they are alive. Many media houses, including Breaking Belize News (BBN), have tried to keep up this trend but oftentimes it falters by the wayside. In BBN’s case, we have launched ‘Person of the Week’, ‘Man and Woman of the Year’, and more recently we wrote on ‘Men of Steel’. Indeed, many were honored in these columns while still alive, including Patrick Scott of Ringtail village, a citrus grower registered with the Citrus Growers Association (CGA) and who served as a member of the CGA’s Committee of Management.

Today Rupert Smith is no longer with us but we do not want his contributions to the citrus industry to be forgotten.

Rupert, or “Bungu” as he was affectionately known, was born on July 25, 1953 in Santa Elena, Cayo. He was the youngest child of George Smith and Alberta Gutierrez. He spent his childhood years in Santa Elena, Cayo but moved to Belmopan at the age of 18 where he lived for the rest of his life.

Rupert’s love for agriculture led him to study at the renowned Escuela Agricola Pan Americana in Honduras. This institution, better known as Zamorano, is where Rupert obtained his ‘Ingeniero Agronomo’ degree (the equivalent of a Bachelor’s degree in the English system) in 1976.

Upon returning to Belize, Rupert became a citrus grower and spent most of his career in the citrus industry. Apart from being a successful citrus grower, Rupert served as the General Manager of the CGA for many years. He also served on the Committee of Management (or Board) of CGA, the Board of Directors for the Citrus Products of Belize Limited (CPBL), the Board for the Belize Citrus Growers Association Investment Company Limited and the Citrus Control Board.

In 1981 Rupert met Joy Angela Gammon who he married on September 9, 1985. The couple remained together for 36 years until Rupert’s passing. The love bond gave fruit to three sons – Errol, Christopher and Nicholas. His sons confess that Rupert “was very loving and instilled firm discipline in us”. He was also the step-dad to two of Joy’s children, Tommy and Caroline, whom he loved unconditionally.

As his son Errol Smith says “My dad enjoyed working on his farms, that was his life. To his employees he was a no-nonsense person. He always expected them to give their all, just as he Rupert did, whenever engaged in farm activities.” According to Errol “the passion my dad had for farming and what he did is unmatched’.

Judith Williams, the long serving administrative secretary at the CGA and the Committee of Management remembers Rupert as a dedicated citrus grower whose love for the citrus industry has left a mark on many who knew him. Speaking on behalf of the CGA and the Committee of Management, she notes that Rupert’s knowledge in citrus “was shared with many who today are very successful farmers in the industry”.

During his tenure in the industry, Rupert took every task seriously and contributed his expertise to make the outcome successful. Industry experts and fellow board members say his contributions were always constructive and meaningful. According to Judith Williams, Rupert “was a man full of ideas, full of energy, ready to share his knowledge with others, a man who speaks his mind, he was a contributor and an educator. Words cannot express the passion and love he had for this industry.”

For the last 18 years I had the opportunity to work closely with Rupert Smith, supervising him while I served as the Executive Chairman of the Pounds Solids Committee. Citrus farmers use to be paid by how much boxes of fruits they delivered to the factory. However, in the early 2000’s the industry decided to move to a system where farmers would be paid based on the quality of the fruits delivered, focusing on the amount of solids in the juice of the fruits, rather than on the volume of fruits delivered. This is the reason why the new system is called the pounds solids system.

Rupert was instrumental in designing and implementing the pounds solids system that continues to operate up to this day in the citrus industry. He served as the Manager of the Pounds Solids Authority, supervising the lab technicians assigned to sample the fruits, extract the juice and conduct the necessary laboratory testing to provide the farmers with their final pounds solids estimate which became the new basis on which farmers would be paid. Rupert was key in introducing this new system and together with the members of the Pounds Solids Committee, he worked diligently to operate a high quality sampling and testing system, to gain farmers confidence in the system, to continuously improve and introduce quality assurance in the operations of the Authority, and automating all elements of the sampling, testing and recording procedures in the lab.

Rupert Santiago Smith died on Tuesday, August 24, 2021, while still serving as the Manager of the Pounds Solids Authority. In passing Rupert has left his legacy on the citrus industry. Breaking Belize News join hands with members of Rupert’s family and his larger citrus family in honoring and paying tribute to a great man.