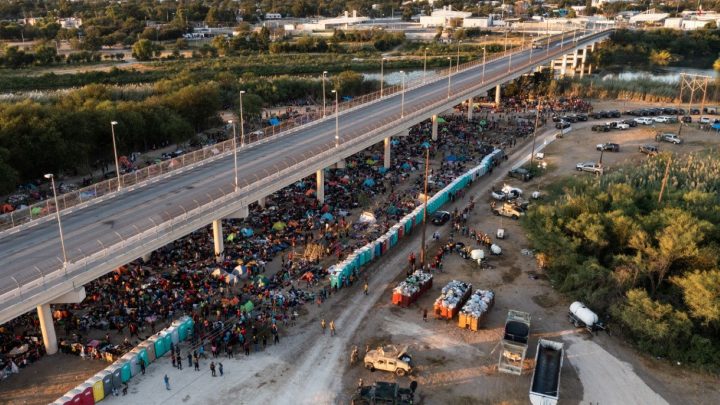 By Rubén Morales Iglesias: Hundreds of Haitian migrants who had already crossed into the United States are going back to Mexico out of fear of being deported to Haiti, the Los Angeles Times reported.

Reports said over 14,000 Haitians had managed to cross the Mexico-US border and were camped on the banks of the Rio Grande in Del Rio, Texas, since last week.

In response, the United States started a massive expulsion by plane taking the migrants back to Haiti. As a result, many have decided, according to the LA Times, that they are better off in Mexico where they are seeking work permits.

Some have been quoted saying that going back to Haiti is not an option.

Recently, US Border Patrol officers on horseback were seen using whips to turn back Haitians crossing the Rio Grande.

Mexican television has been reporting on the strain the migrants are causing on local communities both on the borders with the United States and Mexico.

The LA Times said more than 6,000 Haitians have been removed from the camp in Del Rio.

The Haitians are being deported by planeloads to Port au Prince. US Homeland Security chief Alejandro Mayorkas said the US Defense Department had been asked to help with what is being termed as one of the United States’ largest expulsions of migrants.

The migrants returning to Mexico are now camping in a park in the city of Acuña.