If more than 21 storms spring up this hurricane season, additional names will not be Greek 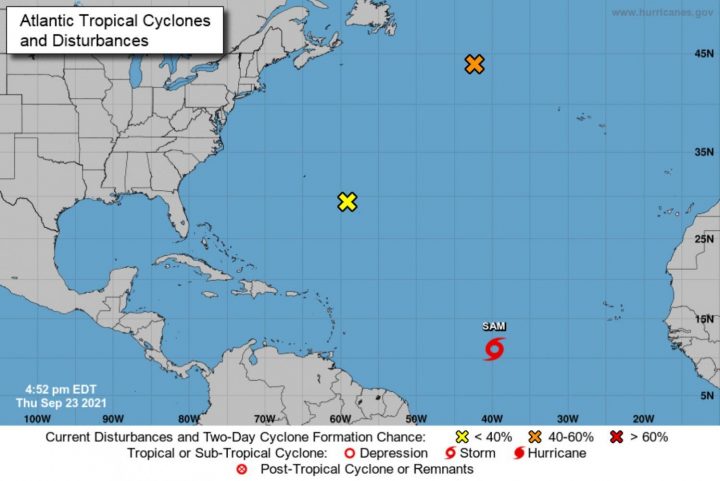 By Rubén Morales Iglesias: Just today, the United States Hurricane Center upgraded Tropical Depression 18 to Tropical Storm Sam. The Atlantic Hurricane Season has a list of 21 names per year, so additional names will more than likely be necessary this year again.

In effect, the World Health Organization (WMO) has six rotating lists, plus a supplemental list, meaning that the 2021 list will be used again in 2027. Due to the practice of withdrawing the names of devastating hurricanes, at the request of affected countries, replacing names from the supplemental are inserted into the rotating lists when a removal happens.

So far this season, 18 named storms have developed with Larry and Ida being the most devastating and more likely to be retired.

Hurricane seasons have become more active over the years, so much so that last year, 2020, the Atlantic Hurricane Season used up all the names available, and for a second time had to recur to the Greek alphabet.

But with 30 storms last year, the WMO decided to do without the Greek names and will use names from the supplemental list. The Pacific Hurricane Season has a similar listing.

According to the WMO, names are both male and female and are gathered from three languages, namely English, French, and Spanish. Only 21 letters are used since it’s difficult to find suitable names starting with Q, U, X, Y, and Z.

So, this year, with 18 down from June to September and three to go with two months left, it’s more than likely that the supplemental list will be used. And remember that though the hurricane season extends from June to November, hurricanes may occur a bit before or after.