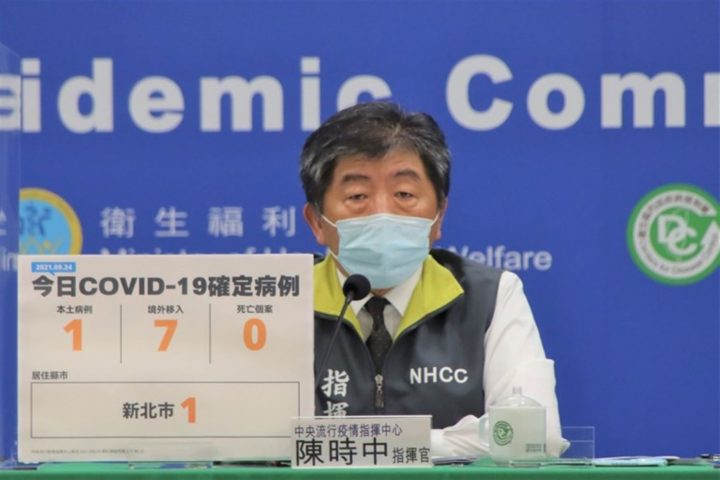 The Taiwan Central Epidemic Command Center (CECC) said seven of the eight were contracted overseas. One was a domestic case.

The only domestic case involved a woman in her 20s in New Taipei, who took a test required for her work on Wednesday, and the results came back positive, according to the CECC.

The other three were Philippine crew members from a ship that docked in Taiwan earlier this week.

Friday was the second day in a row without deaths said the CECC. So far, 841 persons have died in Taiwan from COVID-19 since the beginning of the epidemic.

Taiwan, with a population of 24 million people, has reported 16,176 total cases.