115,000 plus have been fully vaccinated in Belize

Belize is not alone in supporting Taiwan at UN General Assembly 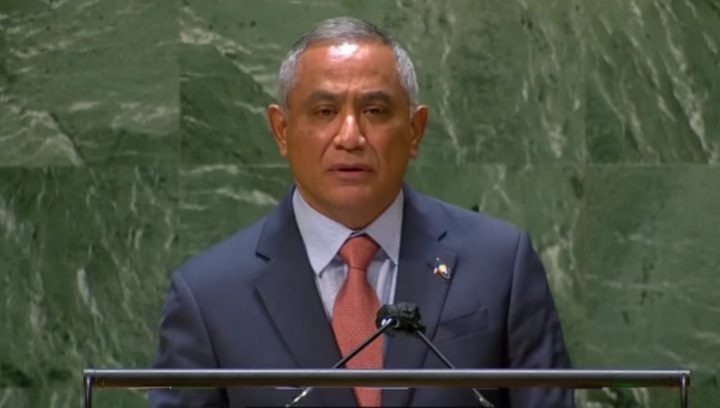 By Rubén Morales Iglesias: Belize was joined by Paraguay and Saint Kitts and Nevis in expressing support for the admission of Taiwan into the United Nations on Friday during the 76th United Nations General Assembly in New York City.

Speaking of the assistance Belize gets from Taiwan, particularly now that the world is afflicted by COVID-19, Prime Minister John Briceño said its time that the UN admit Taiwan into its fold.

“Belize calls for Taiwan’s inclusion in the United Nations and its specialized agencies,” Briceño said. Taiwan’s admittance into the world body would “further enhance global cooperation,” he added.

Briceno said Belize’s relations with Taiwan are based on common democracy, freedom, human rights, and the rule of law.

China was one of the founding members of the UN in 1945. However, when Taiwan split from China, Taiwan retained membership in the United Nations as the Republic of China but lost it in 1971 to the People’s Republic of China (PRC).

The Taipei Times reported that Belize, Paraguay, and St Vincent and the Grenadines are three of 15 UN members that have official diplomatic ties with Taiwan.

Paraguayan President Mario Abdo Benitez, speaking in a video message, said Paraguay supports the inclusion of Taiwan on a basis of the UN’s basic principle of universality.

Saint Kitts and Nevis Prime Minister Timothy Harris, also addressing the General Assembly through a video message, said his country believes that Taiwan has an important role to play in international development strategies renewing St Kitts’ call for Taiwan’s to be admitted into the UN community.

“Taiwan has demonstrated that it can be a true partner in health, and we have seen its exemplary response to the pandemic,” Harris said. “My country looks forward to Taiwan being included in the UN system and its meetings, mechanisms, and activities.”

Honduras, which of late has made approaches to the People’s Republic of China (PRC), was the only one so far that didn’t mention Taiwan for the sixth consecutive year, according to the Tapei Times.