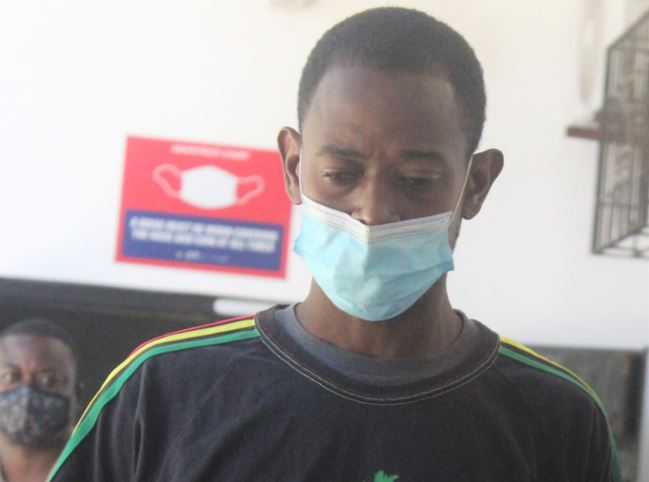 By BBN Staff: A Belize City couple charged with drug trafficking managed to go home today after the charges against the girlfriend were dropped and the court only imposed a fine on the boyfriend.

Daron Gentle, 31, and Paola Melissa Castellanos, 21, were brought to court in connection with 119 grams of marijuana found at Castellanos’ home during a police search.

Gentle wasted no time pleading guilty to the charges, telling the court that Castellanos did not know that he had hidden the marijuana at her home.

Gentle tried pleading guilty to possession simplitica, which is a lesser offense, however, the quantity was too high so he ended up pleading guilty to drug trafficking. Instead of imposing the maximum fine of $10,000, Chief Magistrate Sharon Fraser fined him $1,000 plus a $5.00 cost of court fine of which he was given until December 21, 2021 to pay in default 1-year imprisonment.

Gentle also faced another charge of drug possession in connection with 21.7 grams initially found on him when police conducted a search last week. He told the court that police told him if he could give them a gun that he would not be charged, but he said that all he had to give was a stash of weed hidden at his girlfriend’s house.