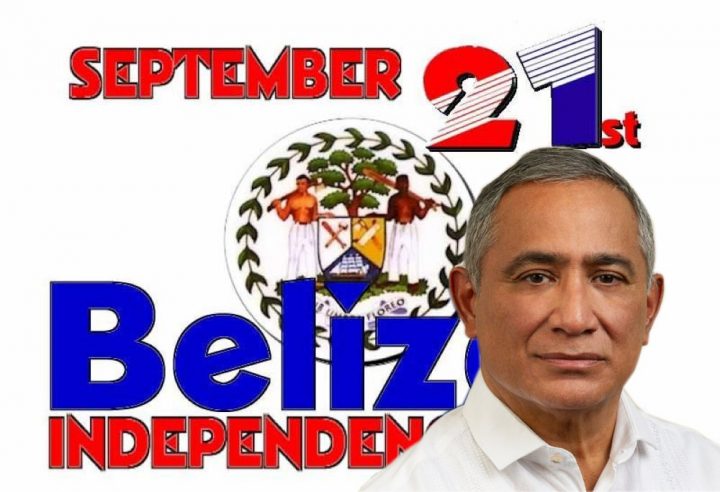 By Norris Hall: In what should have been regarded as an honest soul-searching State-of-the-Nation address by Prime Minister John Briceño on the 40th anniversary of the attainment of our independence, we heard a hodge-podge of lies, damn lies and statistics.

Given the devastating economic collapse he and his government inherited from the previous administration, there was no need to want to appear that he could walk on water. The address appeared as though there was a miraculous transformation of the chaos left behind by his predecessor’s government.

Indeed it came over as a delicious mouth-watering smoothie, despite the technical difficulties in the broadcast. However, it turned out that the devil was in the details and the details, in more than one instance proved that the Prime Minister’s address in numerous instances were inconsistent with the facts.

This, by now, has become his Trademark and that of his office. But at a time when our reality is that we are experiencing so many difficult challenges, more was expected – that there would be an honest, soul-searching address to the nation.

This was his moment to review where we are as a nation and his vision for the future given the past twelve years of corruption by the Barrow Administration, aka Ali Baba and his thieves. But he blew it big time!

It is no secret that our country is in dire financial straits. Our national debt is obscene and we have a heavy dependency on foreign assistance with a government budget that is propped up by Taiwan. We have taken a nose dive from being a middle-class country in the 90s and the first decade of this century, to becoming one of the poorest countries in this region.

But instead of a straightforward and honest address that the people of this nation would have been sympathetic with, we were treated to a diatribe of smoke and mirrors that certainly did not reflect our reality.

The “Plan Belize” manifesto, on which the current Briceño government was elected was completely derailed in his National Day address. Instead it was loaded with twisted falsified statistics and gratuitous remarks that are far removed from the realities of a ten-month old government of recovery and re-construction.

The sugar pills would have been more acceptable in smaller doses especially for the thousands of hungry bellies that are akin to a 1978 study of poverty in Mexico titled “Children of Sanchez”.

Real data indicate that the assertions made by the Prime Minister about very favourable growth in the Gross Domestic Product (GDP) does not jive with the devastating stats for tourism nor in the productive sectors. Growth has slowed given the dip in sugar production, a major export, and given the slump in the world economy, mainly due to the devastating effects of the COVID-19 pandemic.

From basic research for this article, mostly from published statistics by the Statistical Institute of Belize (SIB), the data appears, in many instances, to be inconsistent with the assertions of the Prime Minister in his National Day address.

Statistics must have context and can be easily taken out of context, to create a desired picture. The devil is always, always in the details.

For the Prime Minister to have jumbled figures for instance, to suggest that there was a drastic decrease in unemployment is inconsistent with the thousands who have lost their jobs due to the COVID-19 pandemic and a further downfall in production as well as imports and exports.

Data from the Statistical Institute of Belize categorically states that Unemployment is up: “It should be noted that, even with the revised definition, the number of unemployed persons in April 2021 increased by more than 6,800 persons when compared to April 2019”.

The cherrypicking of data in the Prime Minister’s address to create a false and dishonest narrative is overwhelmingly inconsistent with the latest overall reports from the SIB. Politely put distortions that encapsulated the entire address by the PM. The loosely and falsely contrived statistics in the final analysis was clearly distorted assertions intended to fool or to obfuscate.

“Thanks to the sacrifices of many”, he said, “including our teachers and public officers, we have kept government expenditures under check.” Hmmmm……..
“We are now operating in the black, not in the red” he asserted. That too was dubious.

But by definition “operating in the black” means that the government does is not borrowing any money to pay its bills and that all is “honkey dorey”, despite the massive land and estate and other taxes that are outstanding with the millions of dollars outstanding in other revenue collections. This is a loose reference to the PM’s first Budget speech in April – five months ago. Another miracle? Or, perhaps, being deliberately vague to hoodwink the nation?

Belize will NOT be in the black for many decades as we have become known as one of the worse debtor nations under Barrow et al. It is also not true to assert that the government has balanced its budget (in the black), but this is for another time.

The government recently re-negotiated the super bond for a reduced debt repayment from the “Super Bond” to Blue Bonds. Good! It has now finalized an imperialist deal for The Nature Conservancy to take on the national debt – a slice of our national sovereignty. But there are other debts including to the Republic of China on Taiwan to the tune of $300 million. This does not include the many financial aid, technical assistance and scholarships given to Belize by that country. Are we in the black by any standard or definition?

“Our debt management efforts do not end there” the PM declared. But that does not include the $ ½ billion debt owed for Barrow’s nationalization of Belize Telecom, a transaction that the Prime Minister described as “a sweetheart deal”. But he has been vague about that debt repayment. Perhaps it will be with savings from the reduced burden of the super-bond? Maybe the PM will receive debt forgiveness there!!!

It is obvious that the Prime Minister’s address was intended to be full of smoke and mirrors. It reflects little on how the economic recovery will benefit the larger population in the blueprint for “Plan Belize”.

The country is experiencing a major hit from the COVID-19 pandemic. It has also been devastated by the rampant corruption left behind by the Barrow gang.
And now we are dealing with two other major “epidemics” of crime and poverty. But these were hardly considered as major security threats or of important economic concerns in the PM’s address. These are serious national issues that have to be addressed now. This is more urgent than the planned “Economic Forum” or should be planned simultaneously with it.

The current leadership in government has lost its core principles as a people’s Party coming from the grassroots of a nationalist Party. The PUP, after thirty years of a people’s struggle for Independence and after seventy years as a people’s Party has lost its way. Instead it has become a Party spawned by the new political elitism and neo-colonialism and classism that it has copied from the previous administration.

We are in a sorry state forty years after Independence. It is no doubt that the present PUP government faces challenging times. While as a living organism, it is inevitable that the PUP must evolve, it MUST, for the people’s sake, retain or return to its core principles.