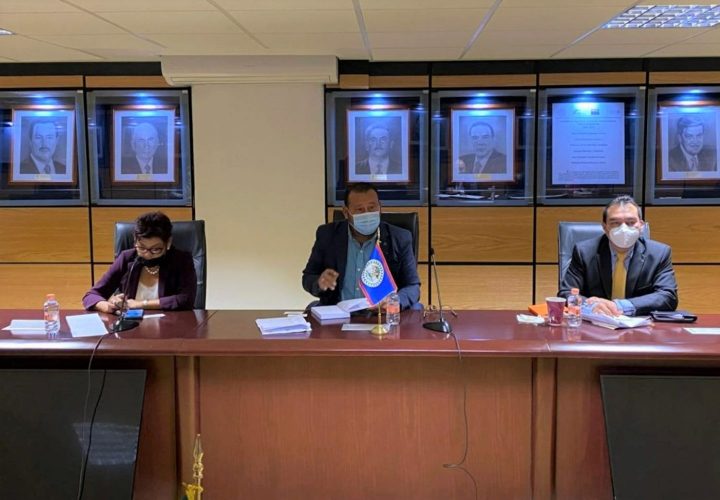 By Rubén Morales Iglesias: “We had a successful meeting with SADER,” said Minister of Agriculture, Food Security, and Enterprise, Jose Abelardo Mai, of the meeting today with Ingeniera Lourdes Cruz, Coordinator for International Affairs in the Mexican Ministry of Agriculture and Rural Development (SADER) and other high-ranking representatives of that Mexican ministry.

“The meeting went very well. We discussed important topics plus the partnership investment in the production of soybeans in Belize for the Mexican Market,” added Minister Mai who is in Mexico City as part of the Belize delegation on a State Visit led by Prime Minister John Briceño.

Mai added that they are preparing to soon sign a technical cooperation agreement with the Centro de Investigación Científica de Yucatán (CICY) in Mérida, Yucatan.

“We have great expectations for better trade to result from these meetings,” Mai said on Monday. For a while now, Minister Mai has been working a partial scope agreement with Mexico with the expectation of widening the trade with the neighbouring country.

Policy Analyst at MAFSE Milagro Matus Matus said the main agreement is a Memorandum of Understanding with the Instituto Nacional de Investigaciones Forestales, Agrícolas, y Pecuarias (INIFAP) – the Mexican Institute of Forest, Agriculture and Cattle Research, of which CICY is part.

Matus said the overall MOU with SADER in Mexico discussed these areas of cooperation which include capacity building, training, research, and the facilitation of trade. 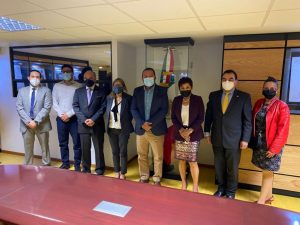 “Under that falls the component of Senasica and BAHA and how they are going to work in facilitating the trade of animals which focuses particularly on cattle. We are trying to harmonize our systems for the easy movement of animals from one country to another,” Matus said.

Senasica and BAHA are Mexico’s and Belize’s agricultural health authorities.

“Under the Senasica/BAHA agreement, we’re talking about supporting each other in terms of science, genetics, sanitary requirement, even training in that area,” she added. “We’ll have a virtual discussion on Friday on how we are going to harmonize our protocols meaning that we’re going to be removing all the red tape,” Matus noted.

Minister Mai has been pushing for wider trade with Mexico, particularly a partial scope trade agreement which he already discussed with Mexican Agriculture Secretary Dr. Víctor Manuel Villalobos Arámbula in Chetumal in July when they held bilateral talks on trade and agriculture.

The Belize delegation is expected to return to Belize on Saturday, October 2, 2021.