BEL says electricity to be restored to Independence area by 1 p.m. 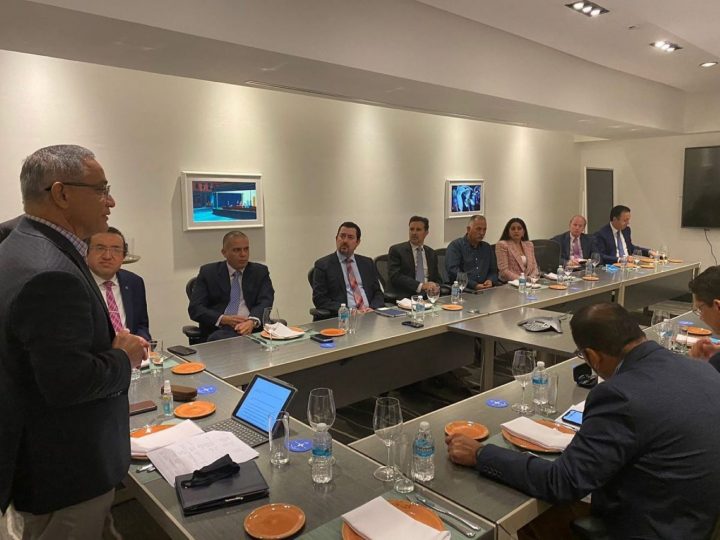 The Prime Minister said his government continues working on a strategy for economic recovery via a robust investment climate and during this visit to the northern neighbour country his delegation is working on just that.

“Yesterday evening, I had a successful meeting with the executive members of one of the private sector associations in Mexico – COPARMEX,” said the Prime Minister on his Facebook page.

Coparmex is Mexico’s Employers Association that represents more than 36,000 member companies and is responsible for 30% of GDP and 4.8 million jobs.

“The meeting yielded fruitful discussions on trade and investment focusing on the priority areas that the Government of Belize have identified,” he noted. “The impending trade agreement with Mexico was discussed at length and great interest was expressed by the businessmen present.”

Prime Minister Briceño said the Mexican Businessmen expressed interest in attending the Belize Investment Summit to be held on November 10 and 11, 2021, which they discussed in depth.

“Once more, the business community expressed great interest to attend the Investment Summit and were interested in investing in various sectors and were also interested in exploring joint ventures with Belizean companies,” said the Prime Minister

According to Prime Minister Briceño, Coparmex is comprised of a network of 65 business centres, 10 federations, 3 performances, and 14 delegations in all Mexican states. Additionally, he said Coparmex has 28 national working committees dedicated to the study and creation of proposals on major issues of the economy and society.

On Tuesday, the Belize delegation also had productive meetings with the Bank of Mexico, the Ministry of Agriculture, and the National System for the Development of Families.

Prime Minister Briceño should meet with President López Obrador on Friday before returning home on Saturday.