Caribbean Week of Agriculture opens on Monday, October 4, under the theme ‘Transforming our Food Systems’ 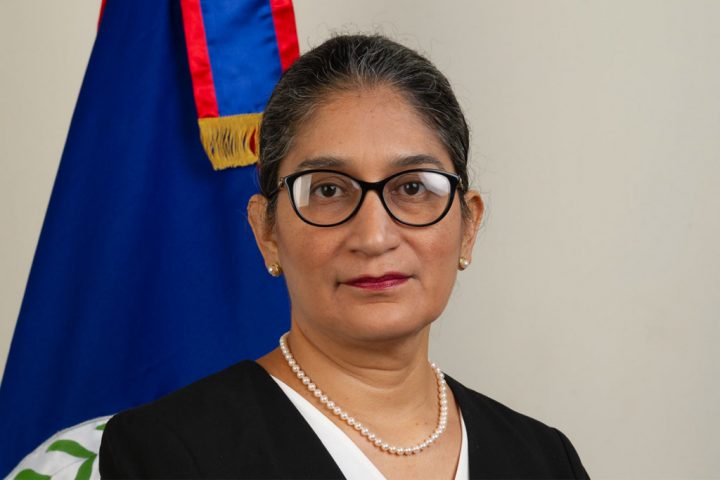 By Aaron Humes: Attorney General Magali Marin-Young has confirmed that Government will go ahead with a “phased approach” to allowing entry to public buildings only to those who are fully vaccinated beginning on October 1.

Initially, Minister of Health Michel Chebat had announced that the vaccination requirement would cover public and private business and public transportation – proof of vaccination or a negative COVID test would be required to enter and conduct business. But a key question was how would it be enforced, if it even could be?

That’s one reason why, according to the A.G., “…Cabinet had asked [the Minister] to engage in consultation with various stakeholders including the Belize Chamber of Commerce and he engaged in those discussions and based on the advice of the medical community, he advised that it would be best to do it in a phased approach at this time…” She further clarified that the regulations also apply to statutory bodies’ offices such as the Social Security Board and Public Utilities Commission.

Asked whether economics or other causes were the main driver behind the perceived rollback, the Attorney General told Channel 7 News, “Government has to balance the economic interest, the fact that we need revenue to be able to run the public hospitals, pay public officers etc., as well as to consider what the medical experts advised.”

But she added an important word of caution: “there is nothing stopping the private sector, private business owner(s) from implementing these same restrictions. So, not because government has not implemented them or impose them on private businesses means that they cannot also take these measures to protect their customers, clients and employees.”

And indeed, some businesses have already announced plans to implement similar measures beginning on October 1.

As to the legality of what some call a “vaccine mandate,” the Attorney General assured that the rights Belizeans and all human enjoy, such as freedom of movement, protection of the law, privacy, security, property and so on are not absolute and the Constitution provides legal limitations on the basis of for public safety, public health, national security and the wider public interest, giving the example of drunk driving.

She added, “These laws are not being enacted with a view to impose authoritarian or dictatorial values, they are being enacted to protect members of the public. We are in the middle of a pandemic, people are dying in this country – almost one a day. We’ve lost doctors, nurses, policemen right across society.”

We’ll take a closer look at the regulations themselves which are now promulgated in a separate story.