Memorial service for slain Dwayne Gabourel being held on Saturday 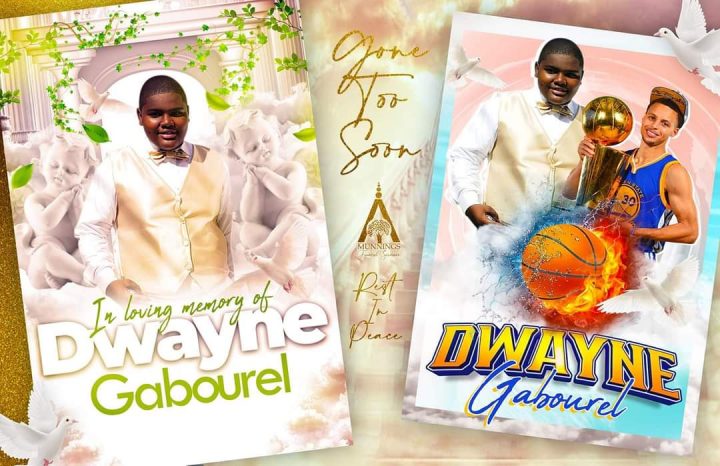 By BBN Staff: The shooting death of 15-year-old Dwayne Gabourel on Saturday, September 25, shocked and outraged the nation, and a week later, the “gentle giant” will be laid to rest, following a memorial service in Belize City.

It was announced this week that the celebration service for the life of Dwyane Gabourel will be held at his family home on Pickstock Street on Saturday, October 2 at 2:00 p.m. His body will lie in state from 12:30 p.m.

Following the mass, Gabourel will be laid to rest at the Lord Ridge Cemetery.

In the aftermath of his tragic death, the Belize Police Department has embarked on an aggressive crackdown against gang violence. Commissioner of Police Chester Williams said that gang members who have outstanding cases before the courts will have their cases fast-tracked, while officers make applications for outstanding warrants to have those warrants issued so they can be arrested.

Gabourel’s death has also inspired the man believed to be the actual intended target of the shooting to give a media interview, while also motivating rival Belize City gangs to declare public truces and shake hands for television cameras.