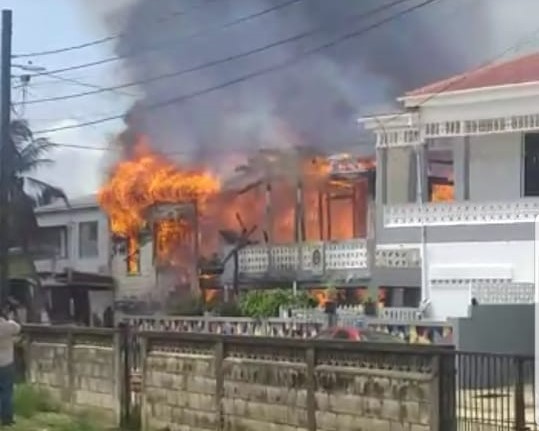 By Aaron Humes: Police and fire personnel are investigating a massive house fire in downtown Belize City this morning.

The house beside #127 Albert, occupied by Thomas Requena and family received heat damage to PVC pipes for the water and sewerage, a louver window, and a washing machine that was on the verandah on the second floor had it’s plastic parts melted. The two storey plycem house beside #133 Albert Street owned by Kevin Pollard received heat damage, which caused the louvers windows to melt and drop. Also since the house is of plycem the heat caused the plycem to crack.