BREAKING: Young man critical after shooting a short while ago in Belize City 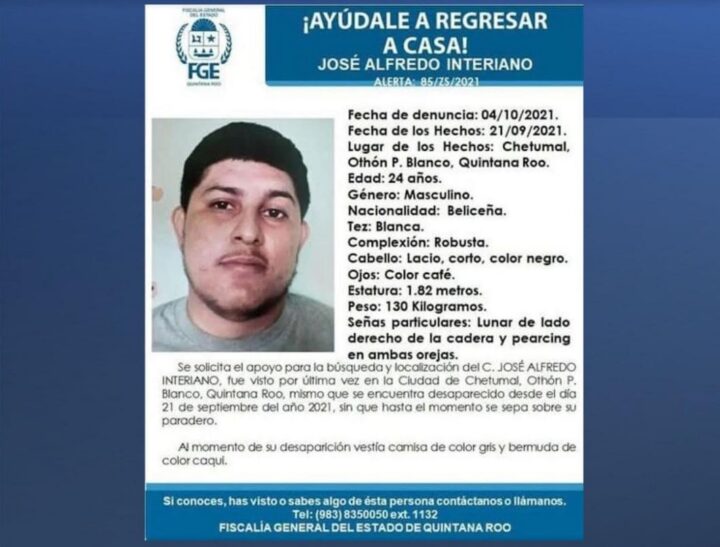 An alert published in Chetumal says Interiano was last seen in Chetumal. He was reported missing to Chetumal authorities on Monday, October 4, but was last seen there on Belize’s Independence Day, September 21, 2021.

Interiano is of clear complexion. He is 6 ft inches tall and weighs 286 pounds. He has short black hair and brown eyes. He has both ears pierced and has a mole on his right hip.

When last seen, he was wearing a grey shirt and khaki shorts.

Interiano travelled to Chetumal along with Brian Martinez who has also been reported missing.

Orange Walk’s CTV3 reported that while Martinez family believes that Martinez may be one of the two Belizeans reportedly found dead in Chetumal last Saturday, Interiano’s family doesn’t think Interiano is one of them.