Most of City currently without power during evening thunderstorm 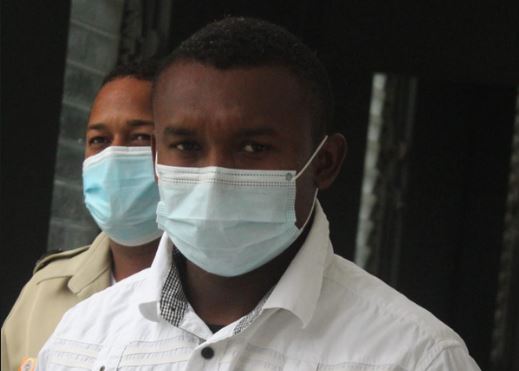 By BBN Staff: Tonight a Belize City Coast Guard officer, Michael Kerr, 29, is out on bail after he was charged and arraigned for “wounding” his brother-in-law, 38-year-old Orin Joseph.

Kerr appeared in court #1 of the Magistrate’s Court this morning unrepresented where he was read a single charge of wounding and to which he plead ‘not guilty’.

He was arrested on Monday after Joseph reported to police that he was driving home after a funeral service at Homeland Memorial cemetery when he slammed into the back of Kerr’s Toyota 4Runner. He claims Kerr exited his vehicle, approached him, pulled out a knife, and fired a stab but missed because of the window’s glass, which was up. Joseph further reported that Kerr opened the car door and stabbed at him again, injuring his right hand and forehead.

It was disclosed in court that both men live in separate houses in the same yard so the court ordered Kerr stay 100 yards from Joseph and granted bail of $1,000 plus a surety of the same amount. Kerr is due back in court on December 10, 2021