Point and Counter-Point: University of Belize – Looking for a new President 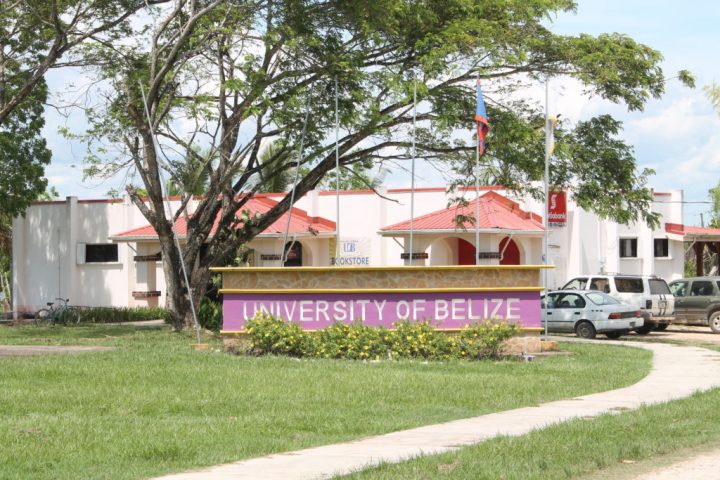 By Dorian A. Barrow, Ph.D., Florida State University: The National University, The University of Belize (UB), turned twenty-one (21) on September 1st of this year and is again looking for a new President to lead the university in achieving its strategic objectives. In the past 21 years the university has had six presidents – Dr Angel Cal, Dr Corinth Lewis, Dr Carey Frazer, Dr Santos Mahung, Mr Alan Slusher, and Professor Clement Sankat – and all have exited the post, for one reason or the other, before completing their five-year tenure as president. For example, Dr Cal left to work on the African and Maya History Project, Dr Mahung left to moved back to the United States, and Professor Sankat demitted office after a failed attempt of trying to run the National University virtually from his home-base in Trinidad and Tobago.

The National University, unlike any other public education institution is by Law the responsibility of the Prime Minister, though in the past UDP Administration, Prime Minister Hon Dean Barrow, for the most part, delegated that responsibility to the then Deputy Prime Minister and Minister of Education, Hon Patrick Faber. So, this time around Prime Minister, Hon John Briceno, has taken back that responsibility and has asked the new Chairman of the UB Board of Trustees, Mr Anthony Sylvester, to constitute a search committee to do a search for and recommend to him a list of candidates who he, in consultation with the Leader of the Opposition, Hon. Patrick Faber, will be selecting the new and 7th President of the University of Belize from.

Though on paper the selection of a UB President is quite clear and transparent, the realities of that process are quite complex as sometimes competing forces within and outside the university tries to exert some kind of influence on the process. From speaking to some of my former colleagues there, internally, there seem to be this strong and compelling feeling that the President should be a leader amongst peers and so should come from among the full-time faculty leaders in their ranks. They want someone, it is rumoured, who knows of and understands the internal politics and power struggles of the ‘place’ and so one who will prioritize those issues and deal with them fairly. Though some of these these are personal, for the most part, they are the strategic imperatives of the university and how these strategic imperatives should be prioritized, funded and handled. These strategic issues include not only the Mission, Vision and Values of the University but most importantly the strategic goals of UB, that is, issues such as student growth and success, quality assurance, national leadership, rewarding exemplary faculty and staff, enhanced university operations, fiscal strength and general university governance policies.

The biggest external factors that are brought to bear on this process are partisan politics and the role that some outsiders see the national university should be playing in our national sustainable development journey. The stereotypical perception of this sector of the national population is that they see the UB President as a Party Hack who is put there to pack the place with party supporters irrespective of their formal qualifications and who is there to carry out wishes and carry on the fights of the party-political bosses, which ever party is in power at the time. When past presidents would object or refuse to act in this way, the President is accused, sometimes publicly, of all sorts of things including incompetence, being a ‘sell out’, disappointing, etc.

The other track of outsiders is those who do not think that the university’s strategic objectives are inline with or that the university’s strategic objectives have excluded some of the areas that they think are key to national sustainable development. Just recently, I spoke to one such official who thinks, for example, that UB should be doing more, much more, for the agricultural development thrust of the country. Another told me that UB is doing nothing to try to help solve the national crime crisis that the country is currently experiencing and has been experiencing for the last 21 years. Another told me that UB is not even turning out all the nurses we need – “we still have to go to Cuba and now the Philippines to give jobs to nurses when the unemployment rate in Belize is so high”. Again stereotypically, these are the track of the population who would tend to label the president as over-paid and incompetent.

My view is that Prime Minister Briceno and Mr Sylvester, and even Minister of Education Hon Francis Fonseca, this time have a golden opportunity to get this one right, and select a President of UB who will be able to serve the national interest best by carrying out the Universities Strategic Objectives – its Mission, its Vision, it Values, and most importantly its Strategic Goals. In twenty-one years six people has been appointed President of UB and not one of them has allowed to fully develop and carry out the university’s strategic objectives, in part because of tenure related issues. There has to be the realization and a genuine acceptance of the fact that for a university to thrive, develop and grow in a sustainable way it MUST be allowed the freedom to do so. No President will be able to successfully lead any university if this freedom, including its academic freedom, is not enshrined and inalienable, if not there will continue to be MOTION but NO MOVEMENT at the University of Belize.

Please feel free to use the comments column below to challenge any or all of the issues raised in this piece and let’s get the discussion going on the role of the National University in the country’s sustainable development.