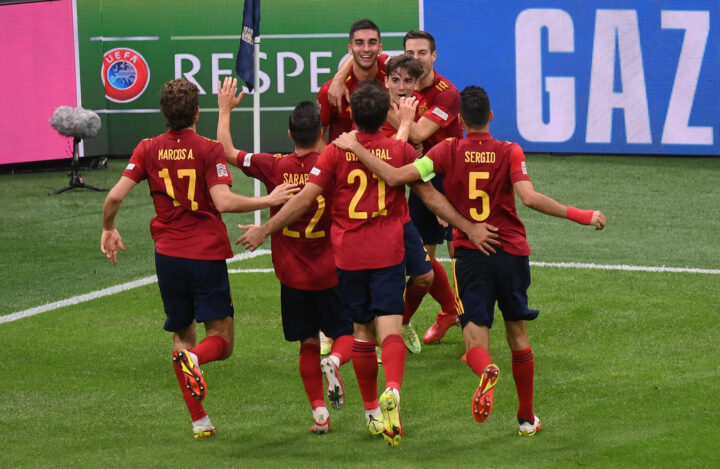 By Rubén Morales Iglesias: Two goals by Ferran Torres gave Spain the ticket to the UEFA Nations League Finals over Italy, the EURO 2020 champions, on Wednesday.

The 2-1 victory by Spain put a stop to Italy’s 3-year 37 games unbeaten run at the Stadio San Siro in Milan, Italy.

At the same time, Spain gained revenge for the loss against Italy in the 2020 EURO semifinals.

Torres scored the brace in the 17th and 45th minutes, both times on an assist by Mikel Oyarzabal.

Italy played with ten men from minute 42 when captain Leonardo Bonucci was ejected after a second yellow card.

Lorenzo Pellegrini got one back for Italy in the 83rd minute.

Spain will now play the UEFA Nations League Finals against the winner of Belgium-France scheduled for Thursday, October 7, at the Juventus Stadium in Turin, Italy.