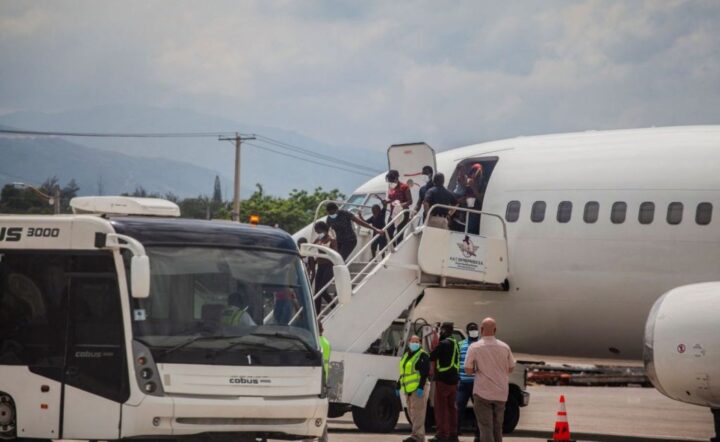 By Rubén Morales Iglesias: Some 7,000 Haitians have been deported from the United States and 200 from Mexico to Haiti over the last few weeks, but a number of them have complained of surprise deportations.

A Reuters report on Friday tells the story of two Haitians who were flown from Mexico to Port-au-Prince in surprise deportations. Both said that returning to Haiti had not been an option for them as they have been living in different countries for a number of years now.

Many of the 15,000 Haitians who camped under the Del Rio Bridge in Texas a couple of weeks back, had been living in South America in countries like Chile and Brazil for a number of years.

The Haitian migrants Nikel Norassaint and Alfred claim they didn’t know they were being deported to Haiti despite the Mexican government saying that they were part of a “voluntary assisted return”.

Norassaint who was detained near the US-Mexico border by Mexican immigration officials was put on a flight back to Haiti last week. When he landed in Port-au-Prince, he said his heart nearly stopped on finding out where he was.

For Norassaint, who has lived out of Haiti for the last 20 years in the Dominican Republic and Chile, said that returning to Haiti was not an option for him.

Migrant advocacy groups have spoken against the deportations to Haiti which is swamped with political, economic, and societal problems. These groups have questioned the pledges made by the two governments that they would help the migrants.

Alfred, who has also lived Dominican Republic and Chile, left Haiti in 2009. Like Norassaint, he was picked up in Ciudad Acuña and was shocked to find himself back in Haiti and like Norassaint he has family members still in Mexico.

With the present conditions in their country, for many Haitians, it just means that they have to try again.