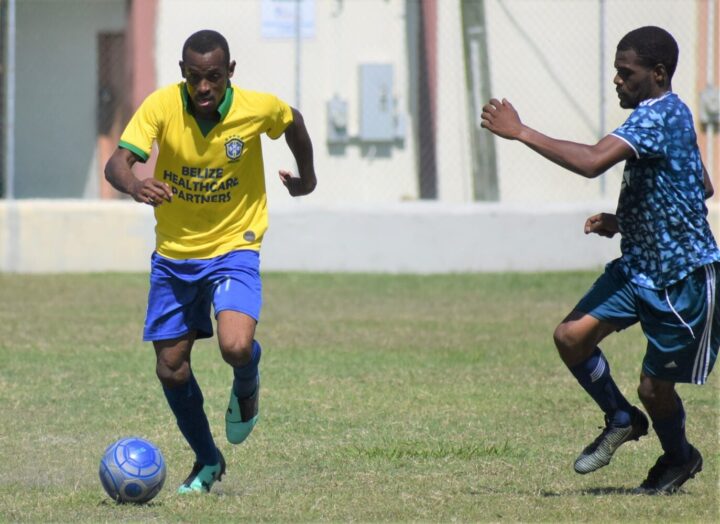 By Rubén Morales Iglesias: “The Football Federation of Belize joins the football community in mourning the passing of one of Belize’s great footballers and mentors,” said the FFB this week after the sudden passing of Jermaine ‘Bowfoot’ Zuniga last Saturday, October 2, 2021.

According to the FFB Jermaine, also known as Zico, started playing football as a striker for Belize City’s Ebenezer Methodist Primary School alongside his classmate Tyrone ‘T-bone’ Muschamp, the present vice-chairman for the Belize District Football Association.

“After playing for Ebenezer, he ventured into amateur and semi-pro football playing with Grigamandala in 2000,” said the FFB in a statement. “Although the team was based in Dangriga, it had various players from the Mayflower community in Belize City including Leslie Gill, Deon Flowers, Warren Flowers, Anthony Adderley, Sherlock Martinez, Mark ‘Kelo’ Leslie, and Stanley Jordan Reneau. During that season, the team claimed the second-place title with rookie striker ‘Bowfoot’ playing a major role that season.”

Bowfoot then moved on to Kremandala, Acros Bombers, FC Belize, and other clubs.

“He also played in different competitions including the Mayors Cup in Dangriga, the Edmond ‘Clear The Land’ Castro Cup in Belize Rural, and other Rural tournaments where he represented Lucky Strike which was his second home,” said the FFB.

The FFB acknowledged that Zuniga was also recognized for his love and passion for basketball in which he was quite skillful.

“He will always be remembered for his dedication to sports and his lifelong dedication to youth mentorship and community engagement,” said the FFB.

“He will be greatly missed by the football community, especially the Belize District Football Association,” said the FFB. “The FFB sends condolences to his family and friends.”