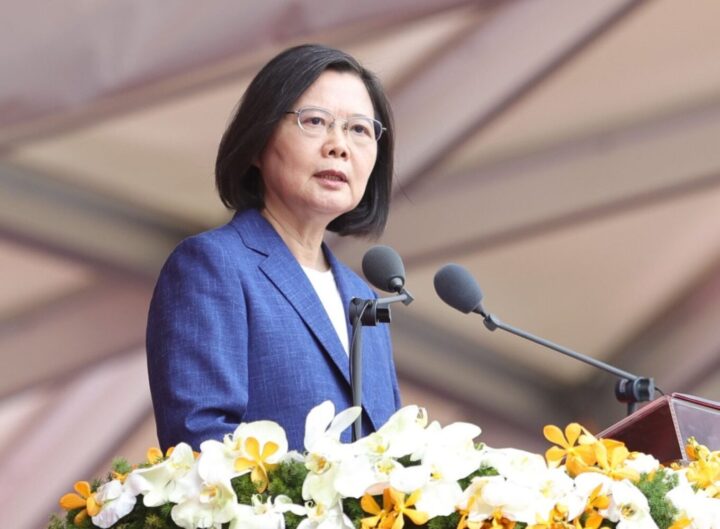 By Rubén Morales Iglesias: Taiwanese President Tsai Ing-wen said Taiwan will stand its ground against China in her National Day speech in Taipei on Sunday, October 10.

“We will continue to bolster our national defense and demonstrate our determination to defend ourselves in order to ensure that nobody can force Taiwan to take the path China has laid out for us,” said President Tsai Ing-Wen as Taiwan celebrated Taiwan National Day which observes the 110 years of the Chinese revolution which ended in 1949 with the previously governing Nationalists fleeing and setting up their government in the island of Taiwan.

President Tsai said Taiwan will not bow to the pressure by China for reunification.

“There should be absolutely no illusions that the Taiwanese people will bow to pressure,” said President Tsai in reference to China’s push for reunification.

Last weekend China, which claims Taiwan as part of its territory, flew approximately 150 warplanes over Taiwan’s defense zone in a clear message of its intent of reuniting Taiwan.

On Saturday, Chinese President Xi Jinping again made a call “reunification” though he toned down the use of force rhetoric.

“Those who forget their heritage, betray their motherland, and seek to split the country will come to no good,” Xi said CNN reported.

Xi called on Taiwan to reunify under a “one country, two systems” model in reference to Hong Kong.

Taiwan, however, has said that the country doesn’t want any of that.

“This is because the path that China has laid out offers neither a free and democratic way of life for Taiwan, nor sovereignty for our 23 million people.”

Tsai made it a point to show Taiwan as a model of democracy as opposed to the authoritarian government in China.

“At this moment free and democratic countries have been alerted to the expansion of authoritarianism, and Taiwan is on the forefront of the defense line of fellow democracies,” Tsai said.