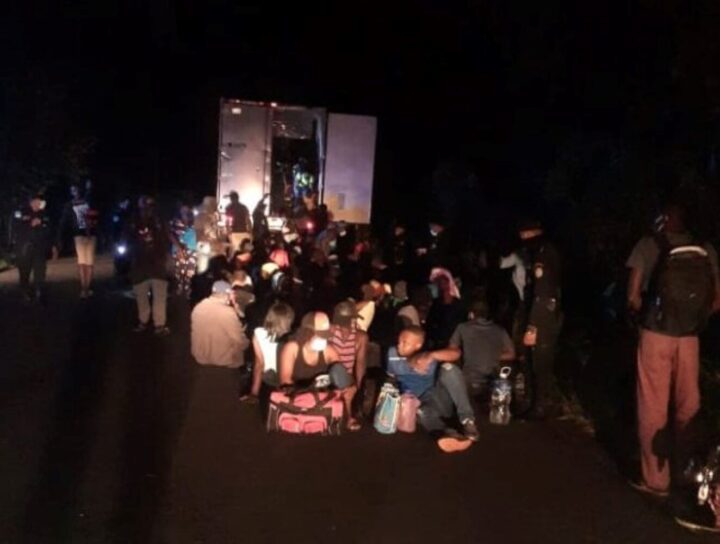 By Rubén Morales Iglesias: One hundred and twenty-six (126) migrants were found in an abandoned truck by police in Guatemala early on Saturday.

“We can hear shouts and knock from inside the container,” wrote the Guatemalan Police on their Twitter account.

Of the 126, 119 were Haitian immigrants, 11 from Nepal, and nine from Ghana said the police. The migrants were transferred to shelters administered by the Guatemala Immigration Institute and were later returned to Honduras from where they had been traveling.

The trailer in which the migrants were traveling was left abandoned by kilometer 114 between the towns of Cocales and Nueva Concepción on the Inter-American CA-2 Highway in Escuintla in southern Guatemala.

The police said they were alerted to the truck by the Prosecutor’s Office in the city of Tiquisate and when they got to it, they saw the driver running away into the nearby cane fields.

The Guatemalan police said they were investigating reports that the truck was being escorted by a police patrol vehicle.

Just last week, 652 Central American migrants, including one Belizean, were found in Tamaulipas, Mexico, near the US-Mexico border and 103 other Central Americans were detained in the southeastern state of Tabasco. All were trying to reach the United States.

Of the 652 detained in Tamaulipas, 564 were Guatemalans, and were being sent back home by Mexican authorities, Prensa Libre reported.