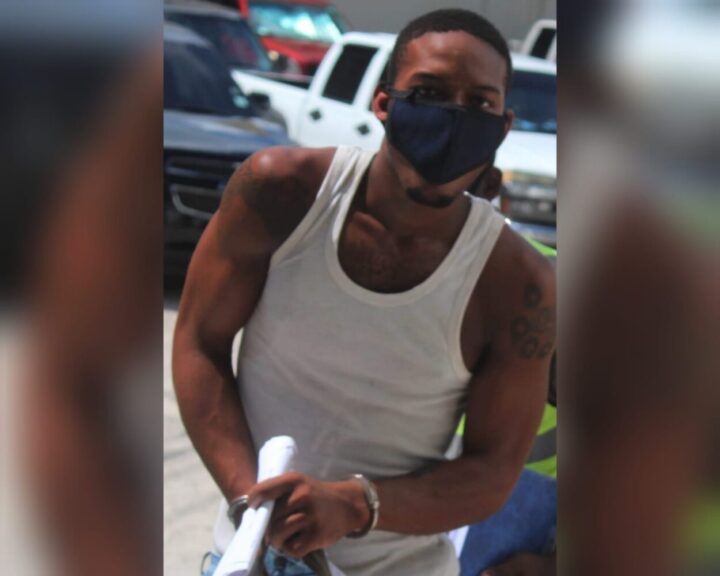 By BBN Staff: Twenty-two-year-old Aaron Fuller, a resident of the Old Hattieville Road is out on bail following a bizarre episode in which he allegedly exposed himself to children before threatening the home-owner and being arrested, only to tell police of his intention to escape then actually escaping and being recaptured.

Fuller was brought to the Belize City Magistrate’s Court today before Magistrate Khiana Gordon and hit with three charges relating to the incident; ‘exposing his person in public’, ‘using threatening words’, and ‘using insulting words’. Fuller plead not guilty to all charges. He was granted bail in the sum of $1,000 plus a surety of the same. He is due back in court in December.

According to court reports, a 45-year-old woman who also lives on the Old Hattieville Road reported to police that on October 4, around 3:00 p.m. she was in the yard of her home and her children were inside when Fuller, whom she recently had an issue with, appeared in her yard and flashed his penis in the direction of the house. The woman claims she confronted Fuller about his indecent action but was told to “shut up b!t*h before I burst open your face”. She immediately called the police who responded in detaining Fuller and taking him to the Hattieville Police Station.

Fuller allegedly later asked to use the bathroom and was granted permission to do so while the on-duty officer went about his other duties. A few minutes later, Fuller allegedly exited the bathroom and told the police “I gone then” before opening the backdoor and making a dash for freedom. The officer set chase behind him and yelled to him to “Stop it or else I will shoot”. Apparently, Fuller took the threat to heart and surrendered. He was detained and taken back to the station.