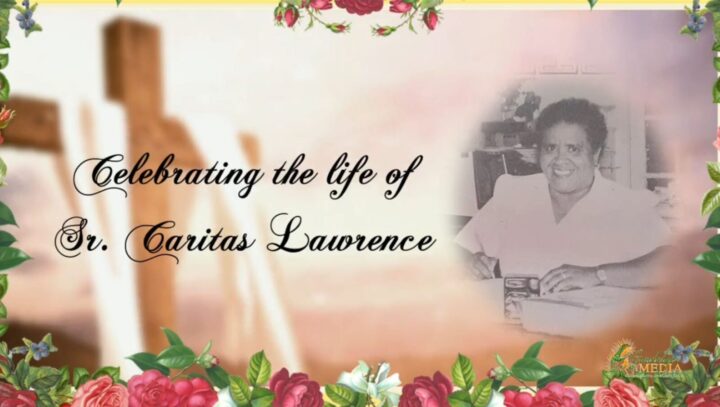 Born on October 26 in 1940, Sr. Caritas, a Sister of Mercy, passed away on Wednesday, October 6, a couple of weeks shy of her 81st birthday.

The Mass for the Life of Sr Caritas at the Mercy Convent Chapel was live-streamed on Facebook by Guadalupe Media.

Sr Caritas is well-known for having been principal of SCA, one of the two all-girls’ schools in the country, from 1984 to 1995, but she did much more than that. She immensely impacted Belize’s education field so much so that in 2012, she was honoured with the Order of the British Empire bestowed by Queen Elizabeth, for her lifelong and varied contributions to Belize.

After leaving SCA in 1995 she worked with the Ministry of Education in the revamping of the educational system traveling the entire country visiting schools.

Sr Caritas studied at St John’s College Sixth Form and joined the Sisters of Mercy, an international community of Roman Catholic women who dedicate their lives to the Gospel of Jesus. She then furthered her studies in the United States, taught sociology and philosophy in education at the University of Belize from 1968 to 1973 while directing the St Ignatius choir from 1970 to 1973.

She was a defender and promoter of women’s issues as well.

After studies at the University of the West Indies in 1976, she became principal of San Luis Rey School in the Toledo District. There she established literacy programs and a high school scholarship fund for the Maya children of Toledo.

Then, she served in Canada and at the Sisters of Mercy infirmary in Rhode Island in the United States before taking over at SCA in 1984.

After retiring from her work at the Ministry of Education at 75, she continued her prison ministry and kept working closely with the Roman Catholic Church.

Sr Caritas is the sister of The Reporter Newspaper publisher Harry Lawrence.

Sr Caritas Lawrence, RSM, may she rest in peace.