Here’s where to get vaccinated in Cayo today Tuesday

Two tropical waves still out in the Atlantic 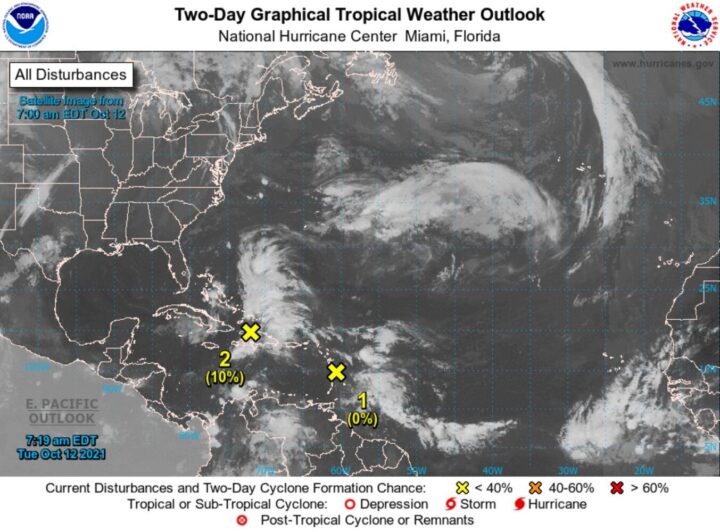 The NHC said in its 6am advisory that “a tropical wave located near the Windward Islands has continued to become less organized this morning and development of the system is not expected”.

The tropical wave might cause heavy rainfall and gusty winds over parts of the central and northern Lesser Antilles today but is not expected to develop within the next five days.

The NHC is also monitoring another tropical wave over the eastern Caribbean Sea.

“The northern portion of a tropical wave is producing a large area of disorganized showers and thunderstorms across Hispaniola, the Turks and Caicos, and the southeastern Bahamas,” said the NHC.

There is very little probability of development over the next two days.

Despite its forecast interaction with a front by the end of the week, the tropical wave is not expected have any more development. However, it’s still expected to dump heavy rain over portions of Hispaniola, the Turks and Caicos, and the southeastern Bahamas during the next day or two.