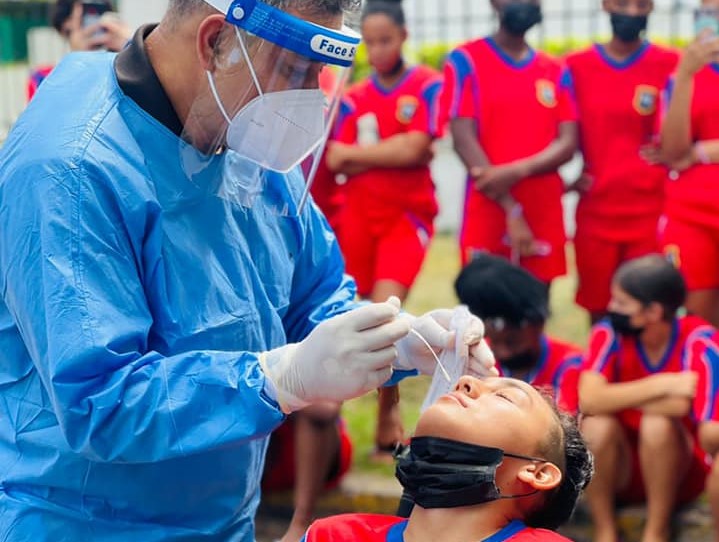 By Rubén Morales Iglesias: The Belize U17 Belize Women’s National Football Team (U17 BWNT) is flying to Bradenton, Florida on Monday for 2021 CWU17 Qualifying tournament. The tournament will qualify the group winners and the best ranked 2nd place team to the 2022 Concacaf Women’s U-17 Championship (CWU17).

On Tuesday, October 12, the U17 Women’s National team did their first of four mandatory PCR tests required by Concacaf said the FFB.

The tournament which runs from October 20 to November 1, 2021, at the IMG Academy in Bradenton, FL, USA, saw its numbers depleted when a number of countries pulled out due to COVID-19. The withdrawals resulted in an uneven number of teams per group forcing Concacaf to reformat the group stage to two groups of three teams and one group of four teams.

The new groups are now comprised in the following manner:

Belize will play against Curacao on Wednesday, October 20, at 1:10 pm Belize Time and against Barbados on Friday, October 22.

Belize will have to win the group or be the best second place team to qualify to the second round.

Concacaf said the best second-place team will be determined using a weighted points system (total number of points divided by the number of matches played).

The 2022 CWU17 is scheduled to take place in January. The top ranked 16 teams participating in the Group Stage of the Championship will be divided into four groups. After round-robin play, the top three teams in each group will advance to the Round of 16, joining the four teams from the Qualifiers.