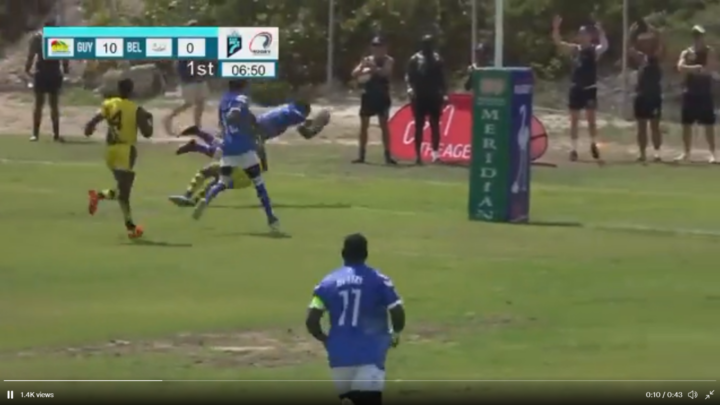 Belize’s experience at the Fireminds Rugby Americas North Sevens 2021 has not been what the guys expected, but it being the first step into international competition, it should go a long way in giving them an idea of what has to be done to improve the level of Belize’s play in this sport which is relatively new to our shores.

Things started out roughly for the Belize Men’s National Ruby team as they were routed 37-0 in their first match against Bermuda at the Meridian Fields in Providenciales, in the Turks and Caicos Islands.

The second match was much better, but Belize still went down 36-5 against Guyana. Enrique Castillo scored Belize’s first international try gaining Belize’s first five points in international competition. That put the score at 10-5, but Guyana was to rake 26 more unanswered points.

Bermuda topped the group as they defeated Guyana 15-7 in the final Group C game.

The Fireminds Rugby Americas North Sevens 2021 is being played on Saturday and Sunday, October 16-17. The tournament is a qualification event for the 2022 World Rugby Sevens Challenger Series.

Finishing third in the group, Belize plays today Sunday for the Plate. The Top two in each group advanced to the Cup competition.

Unfortunately, our men have just lost the first game in the Plate round by a score of 45-0 to Curaçao, which finished 3rd in Group B against Mexico and Barbados.

Whichever way, coach Tony Gillings must be commended for pushing for the establishment and development of the sport in Belize, and hopefully, our next international experience will be much better.