World prices for Liquid Petroleum Gas (Butane) continue to soar, in Belize prices are at their highest

Belize – Rescued from the dark valley of debt 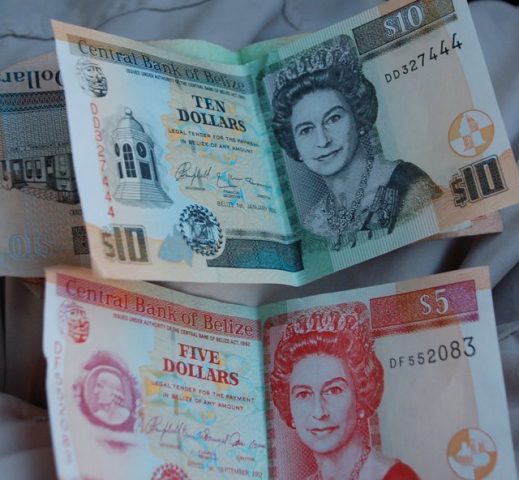 The views and opinions expressed in this article are those of the writer and not Breaking Belize News.

By Norris Hall: The Briceno Administration has been rescued for now, out of the deep dark abyss of the Valley of Debt. But it remains heavily under strain and on the edge of a cliff with one foot on a banana skin.

But despite the dismal quandary that the new government finds itself in after being handed a poisoned chalice by its predecessor, it got to work to deal with such a terrible hand of overburdened debt and a dismal pottage of rampant corruption that it inherited.

In September of this year, and nine months after taking office, the current Administration pulled off an impressive deal with Bond holders to repay a long outstanding debt that Barrow et al did not honour, giving the country a massive black eye internationally as a serial defaulter.

The new deal for this outstanding debt came at a discount rate of fifty five cents on the dollar.

It would be reasonable to assume that this included a default forgiveness on at least some of the accumulated interest owed.

But regardless of what was the quid pro quo in taking Belize off the hook, the negotiations have not left Belize unscathed nor without bitter Bond holders.

This has also left Belize’s Sovereign credit rating at a C- or just above a D rating.

In May of this year, Reuters News Agency reported that “Belize’s bid for its fifth debt restructuring in 15 years is threatening to turn sour as holders of the so called “Super Bond” urged Belize to agree to an IMF programme.

This would have been, without any doubt, an IMF austerity programme that the Briceno Administration would not have found palatable and it resisted.

This would not have been politically acceptable nor likely given the stringent austerity programme that would have been required and the traditional lack of fiscal discipline to enforce it.

That would not be necessary, the government retorted asserting that they are capable of dealing with the crisis they inherited.

On 8th September of this year, PM John Briceno announced in the Legislature that a deal was reached with the Bond Holders to settle this massive debt.  However, this announcement was short on details. It is still vague and no official has delved into the weeds.

However this repayment agreement of the $Bz.1.2 Billion (US$572 million) bond includes a yet to be finalized subsequent agreement with The Nature Conservancy. TNC has made a commitment to assume this debt in a debt-for-nature swap. It, when signed, will give this heavy weight environmental organization considerable control over Belize’s marine resources. This may limit the government’s say in what it can or cannot do or what it wants to do in future tourism development or other marine-related issues, including the protection of Belize’s barrier reef system and coastal mangrove forests.

The lack of transparency is creating a certain level of skepticism over the management of the savings for this small portion of what amounts to only 12 percent of the national debt.

The government is tight lipped and is not providing any details. In one scenario, this could mean that the Blue Bond debt is forgiven in exchange for local investments in environmental conservation. It must be assumed that this is where TNC comes in as there are no “local investments” for this!

This could have major implications for the further development of cruise ship facilities that are already being considered by the government. With the TNC, which is viewed by some as being imperialistic, it will mean their having control of Belize’s sovereign zone of the Caribbean Sea.

This is welcome news for environmental organizations that have been opposed to the development of three new cruise ship terminals within a small radius of a few miles of Belize City including the Port of Belize, formerly known as Port Loyola.

There are also concerns that some of the blueprints for development have and will further erode or destroy the natural beauty of the country once considered to be eco-friendly.

The final deal between the Belize government and TNC is still being negotiated. Reports say that Credit Suisse, a Swiss Bank with worldwide investments and influence, will be underwriting the GoB/TNC Agreement.

Under this agreement, the Belize government will have to agree to stringent management of the marine resources by TNC.

TNC already has control over 236,000 acres of Belize’s Maya Forest in Northern Belize. This was under an Agreement with the previous administration and one which Briceno opposed. It has been tweaked for the approval of this government and for “more benefits to the people of Belize” the PM recently told the Legislature.

It seems as if TNC will be paying to the Belize government taxes on returns it receives from carbon sequestration.

Is it that GoB is looking a Gift Horse in the mouth? TNC is our new Nanny!!!

But there remains a certain level of skepticism by some who have hinted that the agreements have not yet been finalized and cautioned that the devil may be in the details.

Inside sources say that these details are heavily guarded. This is creating a certain level of concern about what slice of Belize’s sovereignty will we forfeit to pay off this small portion of what is only 12 percent of the national debt.

Officials have warned that we have had what could well be a temporary reprieve from “Debt Valley”, and that the country is still straining with a massive debt burden that has us hanging on the edge of a cliff.

The country and government continue to be cash strapped and debt ridden. One source has said that what will happen next depends on how the government manages the savings from the Super Bond now turned Blue Bond.

The Prime Minister has said “Our debt management efforts do not end there however as we explore other areas to restructure other government debts.”

Despite earlier disagreements that the government has had with TNC, it will now help to carry this humongous debt burden with the hope that with their ‘rod and staff’ they will help to guide the country out of the Valley of Debt.

There is absolutely no information available at this writing about the arrangement with the TNC. We are hopeful that there will be, once the deal with the Government of Belize, TNC and Credit Suisse is finalized.

Although it appears that Belize is out of the debt valley with this particular loan, the negotiations have not left Belize unscathed nor without bitter bondholders.

There is more – much more, including the outrageous purchase of Belize Telecom from Ashcroft for $1/2 Billion in a secret deal. It is generally perceived within the industry that this price far exceeded the market value and that this debt should be re-negotiated downward for half that so as to further reduce the massive debt owed by the people of Belize.

The country’s national debt now stands at about Bz. $3.75 billion. Take away the 12 percent saved from the Super Bond and the remaining debt balance is still a hefty Bz $3.2 billion.

The origin of the Super Bond lies with the Musa Administration when, in the late 2006, the government restructured the national debt by consolidating its loans (the country’s public external commercial indebtedness) under an agreement with bondholders, including Venezuela.