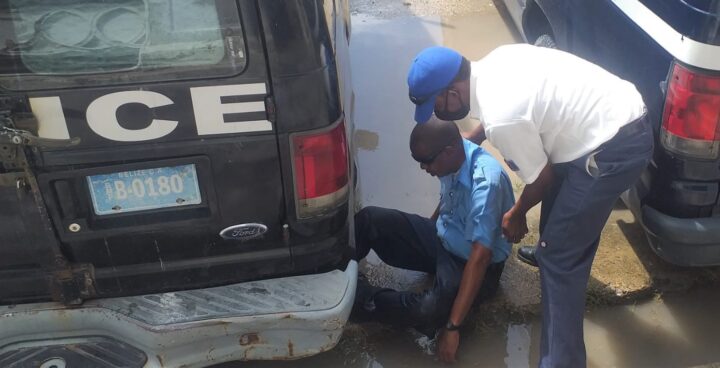 By BBN Staff: Today, police escorted a Special Constable, identified only as SC Nunez, to the courthouse in a drunken stupor so severe that he fell over into a puddle not once but twice.

Officers reportedly found Nunez annihilated near the Swing Bridge close to Bucket Bar, completely inebriated, and brought him to the Magistrate Court parking lot to sober up. Other officers then joined in trying to assist him, as his lack of balance became a danger to his own wellbeing.

Oddly enough, SC Nunez was not charged with any offense even though being found in such a state, in uniform no less, goes against the police code of conduct. Nunez, however, could be looking at disciplinary action from the department. Reports are that he has been with the department for around 18 years, and was once dismissed and reinstated