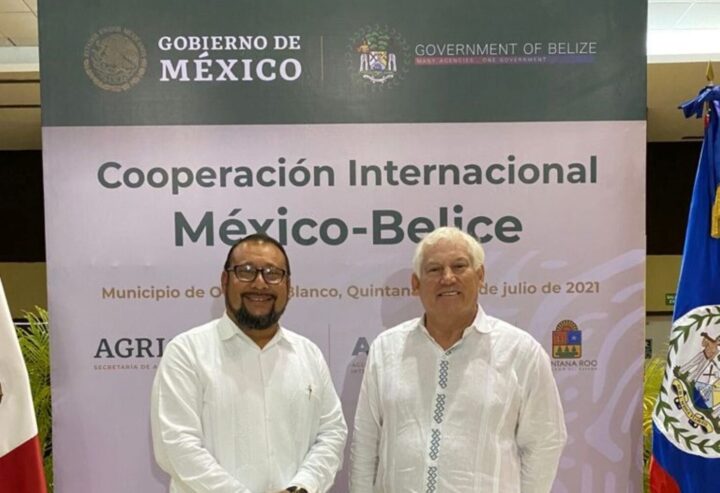 By Rubén Morales Iglesias: “On Wednesday, I travel to Mérida to sign agreements between INIFAP and the Central Farm Research, Development, and Innovation Department, one with Senasica and BAHA in regards to cattle, and another between the Ministry of Agriculture, Food Security, and Enterprise (MAFSE) and SADER, the Mexican Agriculture Secretariat,” said Minister of Agriculture, Food Security, and Enterprise, Jose Abelardo Mai.

The signing of agreements with SADER comes after a series of high-level meetings between Minister Mai and Mexico’s Agriculture Secretary Dr. Víctor Manuel Villalobos Arámbula in July and more recently with Ingeniera Lourdes Cruz, Coordinator for International Affairs in the Mexican Ministry of Agriculture and Rural Development (SADER) during the State Visit by Prime Minister John Briceño to Mexico.

“The agreement with INIFAP is for in vitro production of coconut seedlings, support for pitahaya and soursop,” said Minister Mai.

Policy Analyst at MAFSE Milagro Matus said the overall MOU with SADER includes areas of cooperation in capacity building, training, research, and the facilitation of trade.

“Under that falls the component of Senasica and BAHA and how they are going to work in facilitating the trade of animals which focuses particularly on cattle. We are trying to harmonize our systems for the easy movement of animals from one country to another,” Matus said.

Senasica and BAHA are Mexico’s and Belize’s agricultural health authorities.

“Under the Senasica/BAHA agreement, we’re talking about supporting each other in terms of science, genetics, sanitary requirement, even training in that area,” she added.