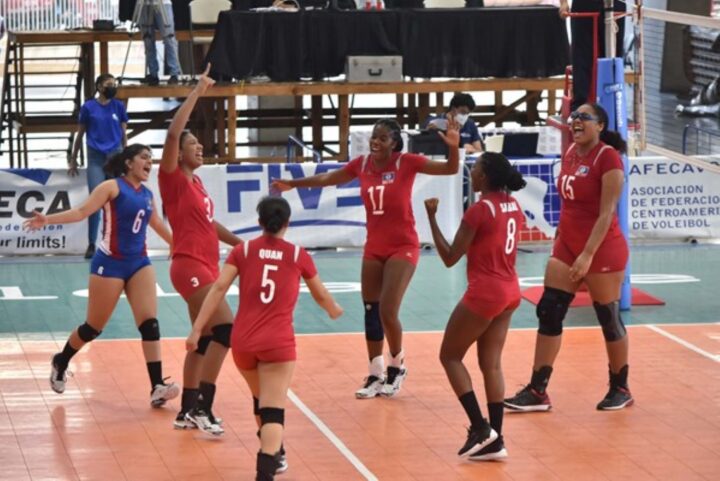 By Rubén Morales Iglesias: The Belize Women’s National Volleyball Team, the Central American sub-champions, battled long and hard and in the end triumphed 3-2 over Honduras in five sets at the XXI Central American Senior Women’s Volleyball Championship in Managua, Nicaragua, on Tuesday, October 19.

The Central American Federations’ Association (AFECAVOL0) reported that after “an overwhelming first set from Belize, with its captain Nelissa Ramirez contributing points from the wings, Honduras reacted by winning the second set with a great contribution from Cecille Johnson, especially in attack.”

Belize went on to win the third set. Honduras pressed hard towards the end of the set but couldn’t close the gap. Reception problems cost Belize the fourth set, but the team rebounded in the fifth led by Sherika Burton who finished the match with 19 points. Captain Nelissa Ramirez totaled 17 points.

The Honduras side was led by Johnson who earned 17 points.

The Belize Women’s National Volleyball Team now has a 1-1 record and still have a chance of making the playoffs.

Honduras has now lost all its three games.

Costa Rica and Nicaragua have a 2-0 record. El Salvador and Guatemala follow with 2-1. Panama, like Honduras, find themselves winless at 0-3.

On Wednesday, Belize will play El Salvador at 1:00 pm. Costa Rica and Guatemala play at 4:00 pm, while Honduras face Nicaragua at 7:00 pm.

Belize’s remaining games are against Guatemala on Thursday at 1:00 pm, against Nicaragua on Friday at 7:00 pm, and against Panama on Saturday at 4:00 pm.