First successful transplant of a pig kidney into a human performed 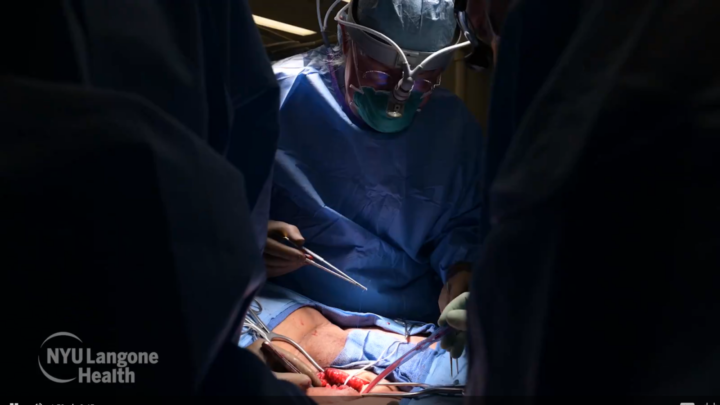 By Rubén Morales Iglesias: The first successful transplant of a pig kidney into a human was performed on Saturday, September 25, 2021, at the New York University’s Langone Transplant Institute.

“The kidney was obtained from a pig that had undergone gene editing to knock out a sugar molecule that elicits a devastating immune response in humans and has been responsible for the failure of previous attempts at cross-species transplantation, so called xenotransplantation,” said lead investigator Dr. Robert Montgomery who led a surgical team in a two-hour operation. “Biopsies taken every 12 hours and viewed under the microscope showed no evidence of rejection.”

The transplant was performed on a patient who was already brain dead. According to a press release by NYU’s Lagone Transplant Institute “the family graciously approved donation of their loved one’s body for this procedure”.

“The kidney was obtained from a genetically engineered pig hundreds of miles away and transplanted into a deceased donor. The donor was maintained on a ventilator, with the consent of the family, for 54 hours while doctors studied the kidney’s function and watched for signs of rejection,” said NYU.

“What was profound about these findings is that the pig kidney functions just like a human kidney transplant,” said Dr. Mongomery. “Individuals who receive a kidney transplant on average live twice as long and with a better quality of life as patients who remain on dialysis. However, human organs for transplantation are scarce.”

“Nearly half of the patients waiting for a transplant become too sick or die before receiving one. The traditional paradigm that someone has to die for someone else to live is never going to keep up with the ever-increasing incidents of organ failure. If human organs are imagined as the fossil fuel of the organ supply, then pig organs are the wind and solar, sustainable and unlimited.”

NYU said that this cross-species transplant “is a major step forward in potentially utilizing an alternative supply of organs for people facing life-threatening disease”.

Dr. Montgomery said the next step will be to do the transplantation for a longer period of time. He said that they would also have to consult the legal community, religious leaders, and others before proceeding. Obviously, the long-term goal is to transplant a pig kidney into a living human being.

“The potential here is incredible,” said Dr. Montgomery. “If the science and experimentation continue to move ahead positively, we could be close to kidney xenotransplantation into a living human being. And the future of this work is not limited to kidneys. Transplanting hearts from a genetically engineered pig may be the next big milestone. This is an extraordinary moment that should be celebrated—not as the end of the road, but the beginning. There is more work to do to make xenotransplantation an everyday reality.”