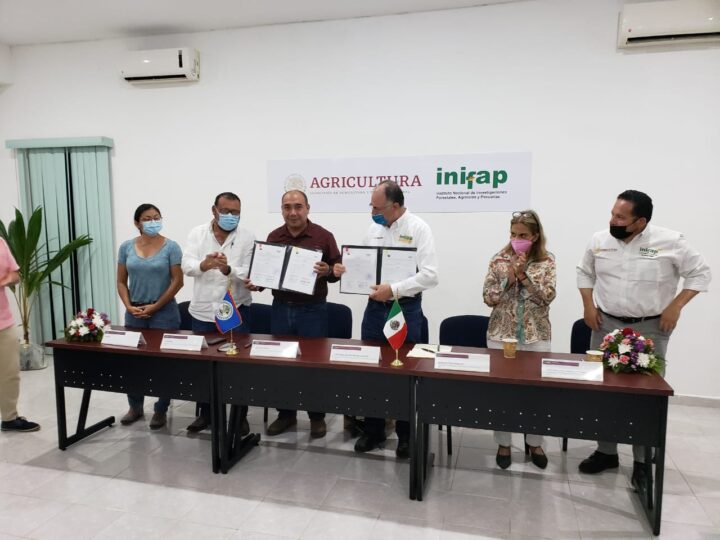 By Hugh O’Brien: Following from recent meetings and a two (2) day visit to agriculture and scientific facilities in Merida, agriculture officials from Belize and Mexico signed a technical cooperation agreement. The agreement aims to strengthen the relationship between Central Farm Research and Innovation Center and Mexico’s National Institute of Forestry, Crop and Livestock Research (INIFAP).

The primary focus of the technical cooperation agreement which was signed on Friday evening at the INIFAP’s station in Mococha, Merida, Yucatan, is to strengthen research and technical assistance between the two countries particularly in coconuts, soursop, pitahaya and citrus.

Prior to signing the agreement Minister of Agriculture Jose Abelardo Mai and his delegation visited farming areas in Merida where the team was able to get a first hand view of the sustainable production of some of these fruit crops by small farmers. During the visit, Minister Mai thanked his Mexican counterparts for opening their technical doors to Belize and highlighted that “Belize considers Mexico not only as our neighbour, but more as our big brother”. “We look forward to building on the foundation we have established and to the results of the cooperation with Mexico,” said Minister Mai. 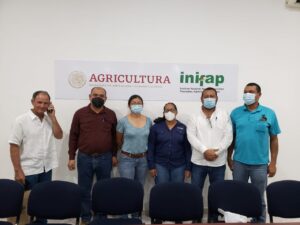 Chief Executive Officer (CEO) in the Ministry of Agriculture, Food Security and Enterprise, Servulo Baeza told BBN that “the meetings and trip to Merida were very successful and the cooperation between the two countries has started off on excellent footing”. “Much has been achieved in a short space of time and the work of planting, growing and building Belize continues,” noted Baeza.

The responsibility for implementation of the agreement on the Belize side rests on the shoulders of Ina Sanchez, Director of Research and Innovation in Central Farm and Fay Garnett, Director of the Non-traditional Fruits program in Belize, both of whom accompanied Minister Mai on his official visit. 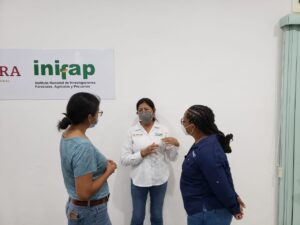 Signing on behalf of Belize was Chief Executive Officer in the Ministry of Agriculture, Food Security and Enterprise, Servulo Baeza and signing on behalf of the INIFAP was Luis Angel Rodriguez, Special Delegate of INIFAP’s Director General.