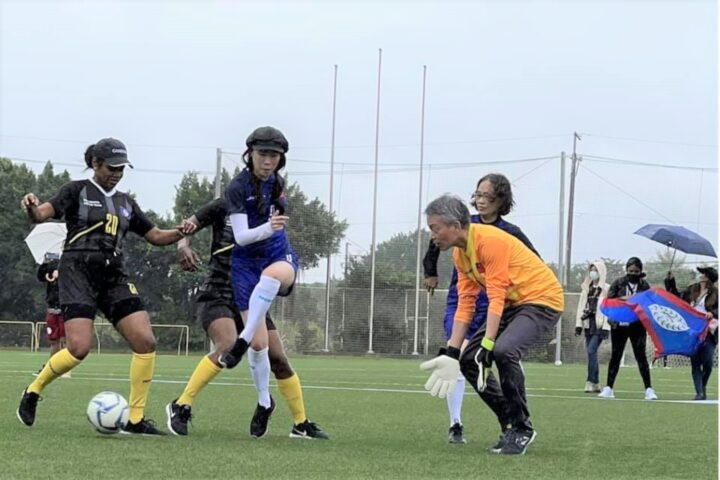 By Rubén Morales Iglesias: Belize Ambassador to Taiwan Dr. Candice Pitts played and scored a goal in a friendly match between members of diplomatic corps in the World Cup Taiwan 2021 which is being played in Fu Jen Catholic University Football Stadium in New Taipei City, Taiwan.

Ambassador Pitts converted her goal in the friendly match in which her Diplomatic Corps team, the Diplomatic “Dream Team”, defeated Taiwan’s Ministry of Foreign Affairs team 6-1. Ambassador Pitts was the only woman to score in the match which featured both men and women.

World Cup Taiwan has been ongoing for eight years and is one of the vehicles through which Taiwan connects with and strengthens ties with its diplomatic allies said the Embassy of Belize in Taiwan.

This year is the first time in the tournament’s history that a friendly match between representatives from Taiwan’s Ministry of Foreign Affairs and the Diplomatic Corps is played.

The tournament features teams from different countries. The teams are mainly comprised of foreign students studying in Taiwan.

But Dr Pitts playing and scoring, should come as no surprise. She has always been very much into sports. At Pallotti High School in Belize City, she played different sports including basketball and football. In fact, she went to study at Albany State University in the United States on a basketball scholarship.

Belize has both men’s and women’s teams competing in the World Cup Taiwan 2021. The Belize Men’s team won 1-0 over Nicaragua in the first match.