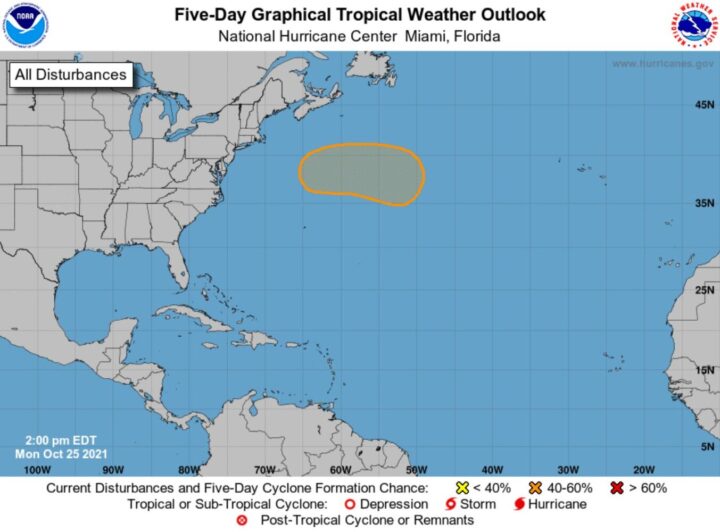 By Rubén Morales Iglesias: The Atlantic has been rather quiet over the last two weeks, but it might not be for too long. The United States National Hurricane Center (NHC) is now tracking a disturbance that could become a tropical depression by the end of the week.

The NHC said that it is monitoring a front that could become a non-tropical low-pressure system off the United States East Coast by tonight.

The frontal low is expected to move north-northeast through early this week, producing rain and wind in areas of the mid-Atlantic and northeast US coast. By midweek, the system should then start moving away from the US coast. By the end of the week, the system could become a tropical depression over the central Atlantic.

With 36 days left in the 2021 hurricane season and 20 named storms down, the next storm would be called Wanda, the last name on the World Meteorological Organization’s (WMO) regular-season list. Should there be more storms, the WMO will activate its alternate list which starts with the name Adria.

This year the WMO decided to stop naming storms with the Greek alphabet names such as Eta, Epsilon, and Iota.